Christine Phung struck a balance between effortless dressing and luxe details with her jungle-themed collection. 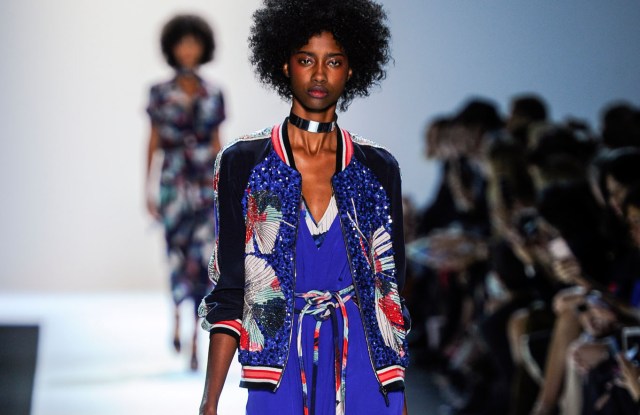 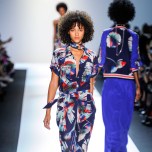 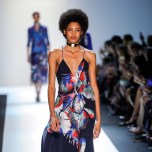 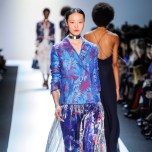 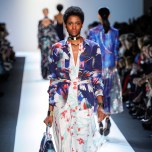 Among the slew of designer debuts in Paris this season, one has dropped below the radar: Christine Phung’s first full collection for print specialist Leonard, which she joined in April.

To be fair, even the most devoted of fashion observers may have trouble keeping up with the steady churn of designers at the label in recent years. But the presence of Hermès artistic director Pierre-Alexis Dumas in the front row was a sign that Phung shouldn’t be dismissed.

“I’m very curious to see what she will do for Leonard,” Dumas said. Leonard founder Daniel Tribouillard said it was the first time the Hermès executive had attended one of his shows. “I’m very honored that Pierre-Alexis is here, because I was very close friends with his father Jean-Louis Dumas for 40 years,” he said.

Phung signaled a break with tradition by titling her collection “Digital Tropics.” Evoking a hallucinatory trip through the jungle, she updated archival prints with new colors and textures for outfits that struck a balance between effortless dressing and luxe details.

She tapped hip graphic designer Leslie David to colorize a palm pattern that appeared on an embroidered bomber jacket and a chic cropped jumpsuit. An unretouched motif, in lighter shades of blue, was magnified beyond recognition on items like a silk jersey maxidress and pajama-style suit.

High-sheen fabrics further distracted the eye. A holographic blue parka had an aquatic shimmer, while pleated metallic lamé dresses evoked Bianca Jagger at Studio 54. The glossy effects worked best when broken up with neutral pieces, such as a navy camisole worn over a shiny pleated skirt.

It’s clear that Phung is out to modernize the house, which plans to launch e-commerce by the end of the year. Recent history suggests that Tribouillard can be resistant to change, but he should try going with the flow — the designer is already bringing a new audience to the house.