The collection winked to the French Foreign Legion with its uniform touches and glossy kepi hats. 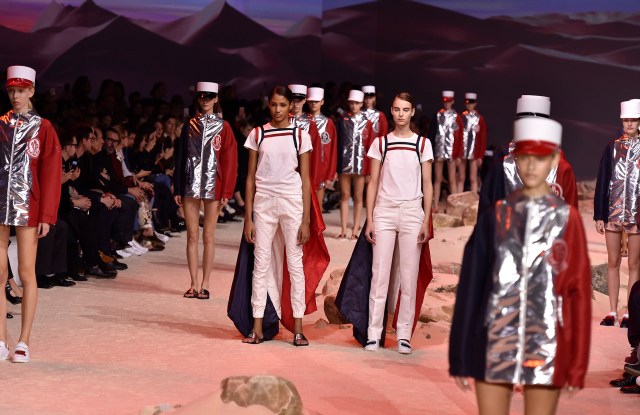 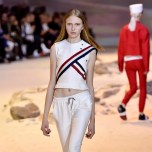 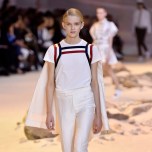 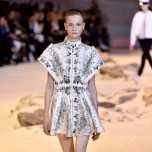 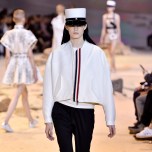 “Vive la France!” was Giambattista Valli’s message at Moncler Gamme Rouge — exalting the birthplace of the brand, and the Italian designer’s adopted home.

There was a wink to the French Foreign Legion in the uniform touches and glossy kepi hats as the models tread a sandy set to booming techno with desert images projected on the perimeter.

The clothes were cute and straightforward, mainly variations on jeans and the varsity jacket — the former cropped and flaring; the latter elongated in a range of materials, from light quilting to elaborate guipure lace winking with crystals.

The show climaxed with a pair of models in laminated capes in the colors of the French flag, while the others paraded in tricolor cocoon coats, the white replaced with gleaming silver. All that was missing from this fine sendoff to Paris Fashion Week was La Marseillaise.