A cowgirl-circus theme could have gone very wrong, but Guillaume Henry wrangled it beautifully for a chic lineup with grace and bravado. 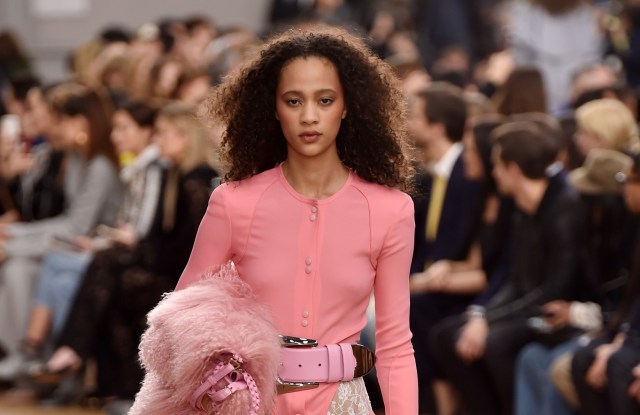 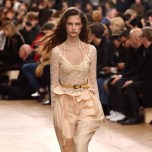 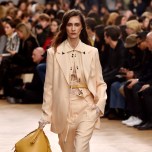 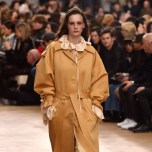 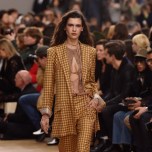 Does a cowgirl-circus (by way of Vegas) fusion sound like fun? It was, but not in the raucous, cheesy manner you might expect. Rather, Henry delivered a deft Paris, Texas take on a motif that could easily have veered toward camp. It didn’t. “I’ve never been to view Texas,” he said, “but this is what I imagine.”

Henry imagined a world in which women choose to dress in a feminine manner, with equal parts grace and bravado. And if they occasionally embrace unbridled glitz, so be it. He thus worked his Western fantasies with control, balancing understatement and overstatement in an upbeat collection that radiated a kind of chic that doesn’t take itself too seriously. The Nina Ricci woman neither ponders fashion nor obsesses over it. She enjoys it.

Henry used the archetypal cowboy shirt as a template for coats and snappy shirtdresses. Leather trim here, lizard patch there and a swish of endless of fringe made the point, but in fact, these were good-looking, urbane clothes that sometimes dared to go colorful in defiance of the fall season. Until pre-fall, Henry had avoided pastels lest Ricci, an already feminine house, become mired in excessive girliness. But in his mind (if not in reality) pastels are a rodeo girl’s go-to palette, and so he delved: a pale yellow cashmere coat and stretch-silk dress combo worn with discreet bolo tie and saddle bag; a major pink moment in Mongolian lamb and high-intensity glitz. Yet he balanced his lineup with traditional harbingers of autumn chic — earthy browns, beiges and russets — that worked especially well for a range of impressive coats.

As for the circus fare, there were demonstrative shoulders, racy bodycon looks open in front over little bras and an offbeat, whimsical romper cut from a dizzying star print. Soupcon of crazy, yes. But on the runway — and off the runway, on the right girl — a delight.