The collection, shown in a riverside tent, was all about loose, easy volumes. 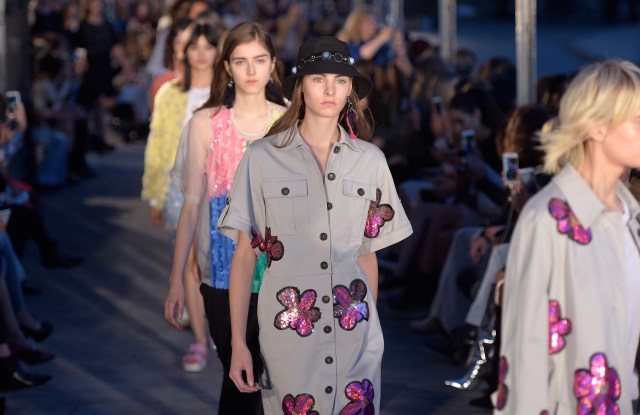 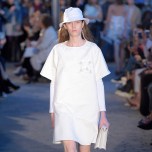 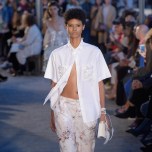 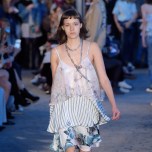 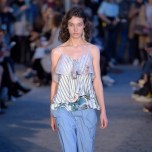 Paul & Joe took advantage of the recent closure of the major road running along the Right Bank of the Seine to stage its show in a riverside tent.

This decision by Paris Mayor Anne Hidalgo has caused gridlock in the central city and proved a headache for showgoers. Paris Fashion Week organizers say they are looking to add new venues next season to lessen the time spent in traffic.

In the meantime, there is always the risk of arriving late. A couple of dozen people were turned away from the Paul & Joe show just before it was due to start and had to watch the proceedings from an embankment above the venue.

An outdoor show was a nice idea for a collection that was all about loose, easy volumes. A tomboy silhouette prevailed, with ultrabaggy pants and oversize jackets, shirts and tops. Even the dresses were cut in boxy shapes, like a blue-and-orange striped sundress worn over a black T-shirt.

Yet the outfits retained a cute sexiness. A tiered camisole top in a mix of floral and striped fabrics was worn with baby blue cargo pants, while a crisp dress in pale gray and white maxi stripes was cut low and tied at the front. Pink sequined flowers on a greige coat and button-front dress added a dash of whimsy.

There was one upside to watching the display from a distance — it made for a quicker dash to get to the next venue.