For Racil Chalhoub, from eveningwear to rock chic, there is but one step. 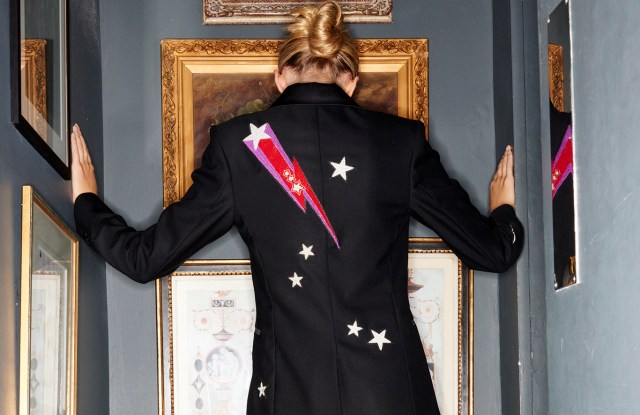 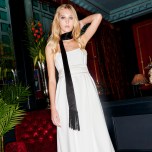 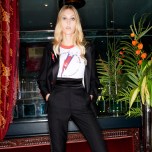 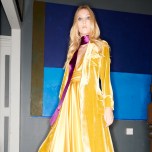 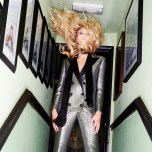 For Racil Chalhoub, there is but one step from eveningwear to rock chic. Despite the edgy manifesto, there was something for everyone — anyone partial to a tuxedo, that is — in this fourth collection, dubbed “Rock Legends & Wives,” from the London-based designer.

Items inspired by Prince included a bright purple wool jacket with kick-flare pants or a shooting-star dressing gown in silk, while David Bowie was the reference for three-piece suits with exaggerated lapels, high waists and Starmanlike lightning embroideries, available in turquoise as well as more sober black. Mick Jagger, meanwhile, was interpreted via more tapered suiting in red and black, a lace jacket and a frilly shirt.

As for the wives, Iman got a simple buttoned crêpe dress with long sleeves, and there were also options for both Bianca Jagger and Jerry Hall-types.

A tour T-shirt, feminine tops and blouses in various shapes and sizes as well as cummerbunds and embroidered brooches accompanied the collection, as did more toned-down versions of the designs for the less outgoing customer. What began just over a year ago as a short line of tuxedos is swiftly expanding into a more complete, coherent ready-to-wear proposition with a bit of an edge.