Roland Mouret's collection breezed through exotic, graphic and sporty themes all united by his curve-serving looks with folded details. 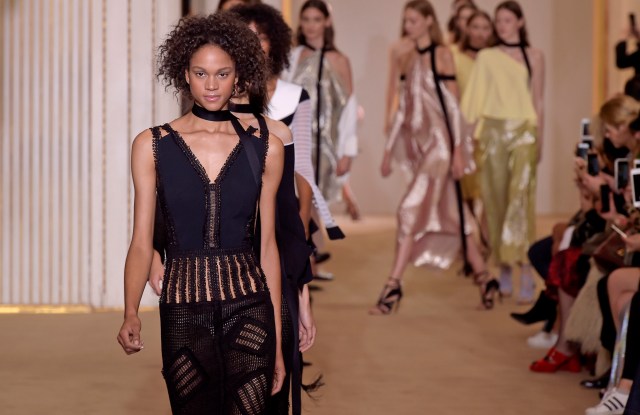 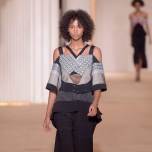 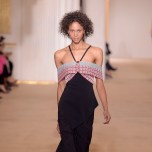 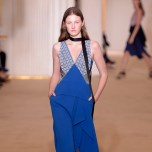 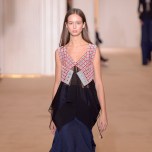 Sometimes knowing a designer’s collection inspiration offers valuable clarity, sometimes it leaves you scratching your head. Roland Mouret’s program notes said that he was dually influenced by his new store in New York City, a townhouse on Madison Avenue, and “the current state of global affairs.” It was a stretch to pinpoint either reference in the lineup, which at face value was comprised of refreshed versions of his signatures. Tops and dresses done in structured folds, cut to serve a woman’s curves, came in a wide range of styles.

The show opened with exotic treatments, with eastern patterns on structured harnesslike tops that fell into loose mesh scarves and were worn over fluid pants and skirts. Then came a graphic black, white and red moment with compact knit tops and square peplums over lean wrap skirts, which segued into a light pastel series of sorbet yellow, pink and blue looks. Dresses had cutout shoulders and neat sporty stripes across the bust. The breezy pastels were the collection’s freshest, most summery looks, though the sheer patchwork mesh series of black-and-whites with off-shoulder tops and jackets with cutout sleeves was runner-up.