The idea of the “adorable” formed the theme of Matohu's spring collection. 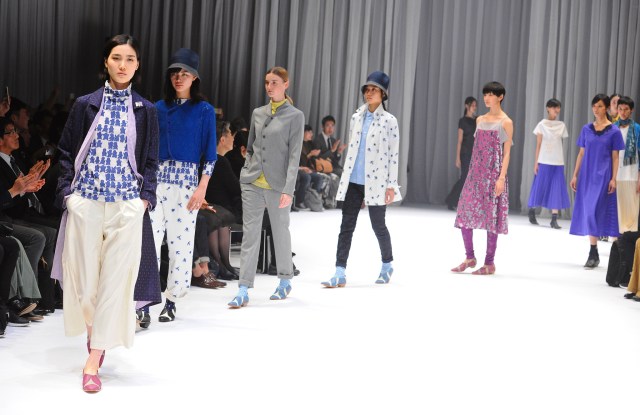 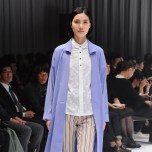 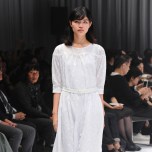 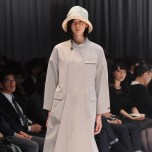 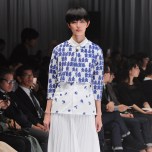 The word “utsukushi” in Japanese means “beautiful,” but according to Hiroyuki Horihata and Makiko Sekiguchi, it used to translate to something closer to “adorable.” It was this idea that formed the theme of their spring collection for Matohu.

“Now the word ‘cute’ is associated with anime or mascots, but we wanted to show a different type of cute,” Horihata said. “It’s cute and sweet, but it’s still very Matohu. It’s like a grown-up kind of cuteness.”

The concept came through mostly in the motifs and details of the clothes, with prints and patterns ranging from peanuts and pigeons to little dancing figures. Because of the small size of the motifs, from a distance the clothes looked more sophisticated than they did close up.

Sekiguchi and Horihata showed wide pleated pants worn with white shirts and shrunken cardigans or long coats. Calf-length skirts were pleated, crossed over at the front or crafted from burnout velvet with an asymmetric sheer underlay. Dresses were largely shapeless, save for a white lace number belted at the waist. The palette consisted largely of pastels, complemented by navy, dark blue and fuchsia.

It was a cohesive collection that will likely prove popular among Matohu’s customers, either because or in spite of its unexpected, charming little motifs.