After three years of research, the Turkish designer based his latest offering on “a Mexican guy living in Texas.” 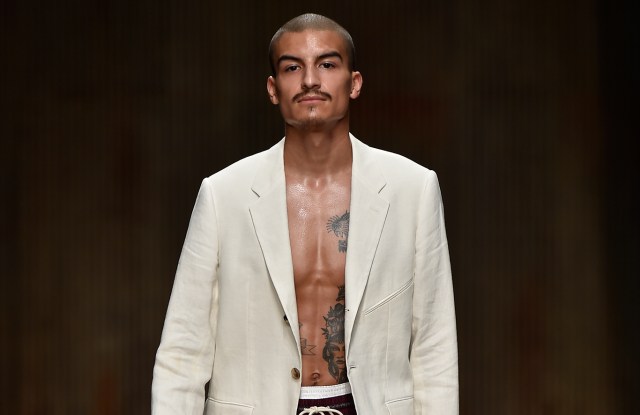 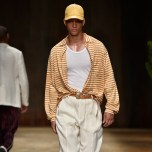 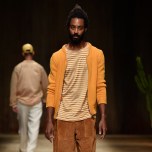 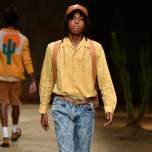 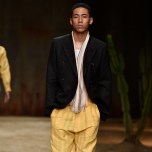 “I decided five months ago that I’m not going to do a fashion show anymore because I did not feel the crowd anymore. Everything was very normal for me — it wasn’t very satisfying,” Umit Benan said after his spring show in Tokyo. “So I said I’m not going to do a show until I’m excited again, and when Japan Fashion Week Organization invited me here, I said, OK, I will start showing again because it was something new for me. It was new excitement.”

After three years of research consisting largely of road trips through Texas and Mexico, the Turkish designer based his latest offering on “a Mexican guy living in Texas.” He used Mexican-inspired textiles such as suede and blanket stripes but combined them with European detailing, including embroidery and piping.

While many of Benan’s men looked like chic ranch hands or casually cool businessmen, others were dressed in pajamalike satin pants, drawstring-waist striped jumpsuits or jackets that tied at the waist and were piped around the sleeves like a robe. In a nod to Eighties fashions that never went out of style in some parts of the world, there was even a pair of stonewashed jeans. But while it could have gone seriously awry, all of these disparate styles and elements managed to come together to fit into Benan’s theme without ever looking costume-y.

To further illustrate his inspiration, Benan had his models walking through what looked like a desert landscape, complete with cacti, dried brush, a rusty corrugated metal backdrop and lots and lots of sand.