The kind of girl that smokes on the way to yoga. In short: she's a hot mess. 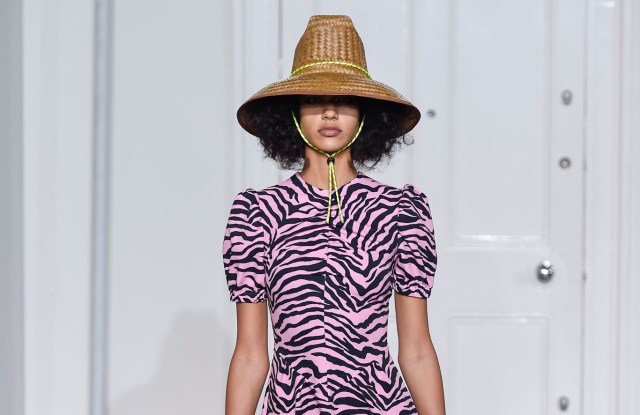 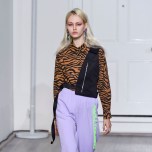 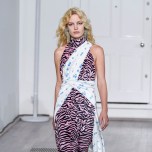 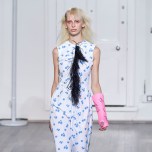 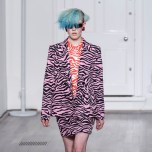 The Ashley Williams girl is a complicated type. Last season she was torn on whether to party hard or chill watching Netflix. This season, she’s “a trash bag but, dang, she’s trying to be a better person,” the designer said, describing the kind of girl that smokes on her way to yoga, or does a spin class while she’s still a little drunk from the night before.

The clothes were similarly contradictory: racy tiger stripes in Flintstones colors were splashed on evening dresses given a Venice Beach twist via Velcro surfer dude sandals, or prettied up with a floral sash, as modeled by Williams’ BFF Georgia May Jagger.

There were more surf culture references in slogan-printed track pants and hoodies (which asked “Parli Inglese?”), in the roomy proportions of board shorts, and in the image of Michaelangelo’s David carrying a surfboard.

There was an Eighties appeal to slinky, belted jersey dresses in canary yellow or candy pink. They had a rare grown-up appeal next to pieces like a sweater emblazoned with “Ecstasy” or a tracksuit printed with a dinosaur skeleton.