Count on Erdem Moralioglu to lift the veil on some fascinating moments in costume history. 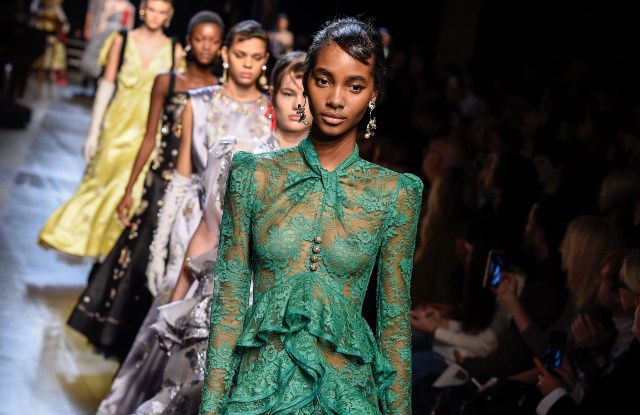 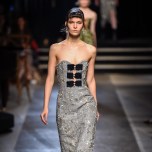 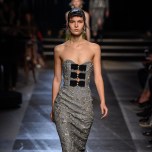 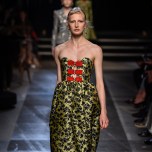 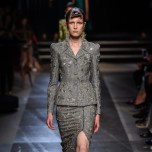 Count on Erdem Moralioglu to lift the veil on some fascinating moments in costume history. For spring, it was the 1958 meeting in Leeds, England of Queen Elizabeth II and Duke Ellington. A black-and-white photo documenting that encounter anchored his mood board backstage, the images around it spiraling — like Moralioglu’s imagination — from the Cotton Club in Harlem and Ella Fitzgerald to coronation portraits and official engagements.

“What if the Queen kind of went to New York, and what if Dorothy Dandridge ended up in Buckingham Palace?” he mused backstage, referring to the African-American actress and Academy Award winner. “It was this weird kind of switching of roles.”

The collection remained pretty much true to his period narrative, pinging between the sultry, wispy dresses fit for a Thirties jazz club and the young royal’s wardrobe when she met the American bandleader: strong-shouldered tailoring and flaring or bulbous Fifties cocktail dresses.

Occasionally, royal accoutrements — grosgrain shoulder ribbons or dense jeweled embroideries — found their way onto the shoulder-revealing dresses that Dandridge favored, while metallic brocades and silver sequins, surely a bit flashy for a queen, crept into the Elizabeth segments.

While often costume-y — as if plucked from Windsor and the archive of Billie Holiday — the clothes were superbly crafted and extravagantly realized. Monday’s dimly lit show — the runway ringed with retro microphones, liquor and nightclub tables — had a melancholy air, heightened by a soundtrack that lurched from speech snippets to plaintive songs like “My Funny Valentine.”

The last track punctuated the designer’s narrative. He explained that Ellington was so enamored of Elizabeth that “he wrote a piece of music called the ‘Queen’s Suite,’ which is what that finale music was. And it is such a kind of odd, powerful, quite kind of sexy music,” he said. “And I thought it was amazing. It had been played once and then it went missing in the Smithsonian and got played recently in 2012.”

To be sure, this collection put a yawning distance between Erdem’s signature label and the one-off line he has done for H&M that goes on sale Nov. 2. It will include Moralioglu’s first men’s wear designs. Will they be fit for a duke or the Duke?