The "despair and entitlement" that Hussein Chalayan believes the digital world fosters inspired his spring 2018 lineup. 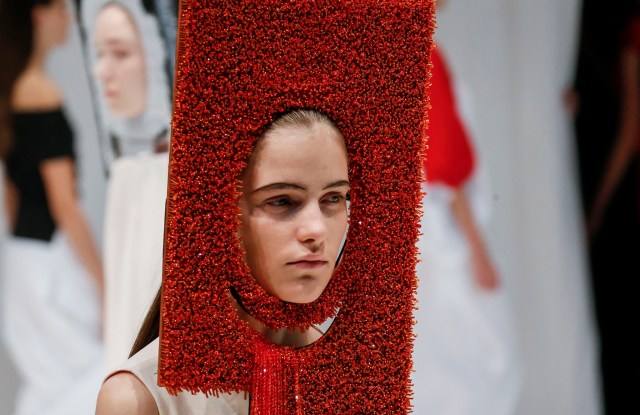 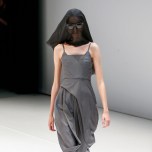 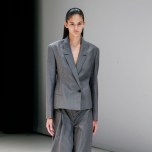 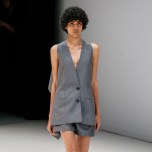 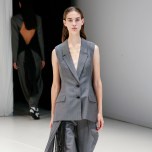 The idea of despair twinned with entitlement — which Hussein Chalayan believes is fostered by the digital age — was the designer’s starting point for this collection. “I feel like it’s this peculiar situation that I see a lot. I teach in Vienna — I’m the head of the fashion department there, and I see it…in young people,” said Chalayan after the show. “They’re desperate but they’re really entitled as well. So I really wanted to create an aura of that.”

But this being Chalayan, he worked those ideas in oblique, rather than obvious, ways. Interpreting the idea of “framing the body,” there were jackets with nipped-in waists — some of which were cut to reveal the back, bringing a subtle femininity to those masculine shapes — paired with loosely tailored pants. Also intriguing was a series of body-skimming column dresses and tops in shades of black and red, whose structured, peaked shoulders lent a subversion to their ostensibly glamorous silhouettes.

Some of the models wore sheer headscarves and sunglasses over their faces, which the designer said nodded to a “chic yet peculiar” mood.

Perhaps the most direct reference to Chalayan’s theme was the finale of rectangular frames that shimmered with organic-looking Swarovski crystals, which captured the models’ faces in isolation. Flowing dresses, meanwhile, were embroidered with crystals, fluorescent Post-It notes and delicate threads — the designer’s slow fashion take on quick-fire text messaging.