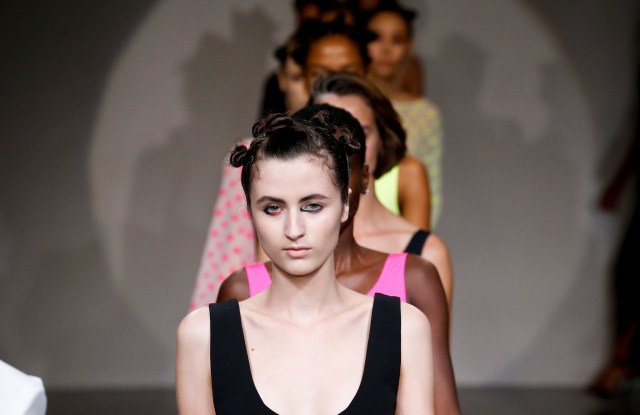 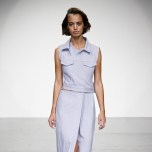 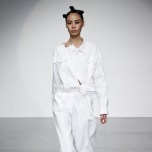 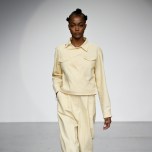 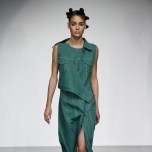 For her debut runway show, Marta Jakubowski took up spring where she left off in the winter — with a deconstructed take on feminine power-dressing. She opened with a green take on the classic denim jacket. Hers was slightly oversized, slit across the body and knotted on the hip. She paired it with a butt-hugging miniskirt.

Other denim items in more pastel hues including lilac and vanilla transmitted an insouciant air.

Throughout, Jakubowski played with panels and cutouts, which worked well on a series of contemporary office looks. Consider sinuous white tank tops worn with a high-waist pencil skirt with a pleated peplum bouncing off its back. The peplums were also layered on top of tailored trousers, where they concealed slits placed here and there.

While the deliberately imperfect constructions offered an alternative to classic staples, they proved too much on a series of polka-dot pajama looks, which were both slashed and transparent. It was hard to place them in either day or night.