Rejina Pyo's standout collection was filled with thoughtful designs intended to celebrate the women who wear them. 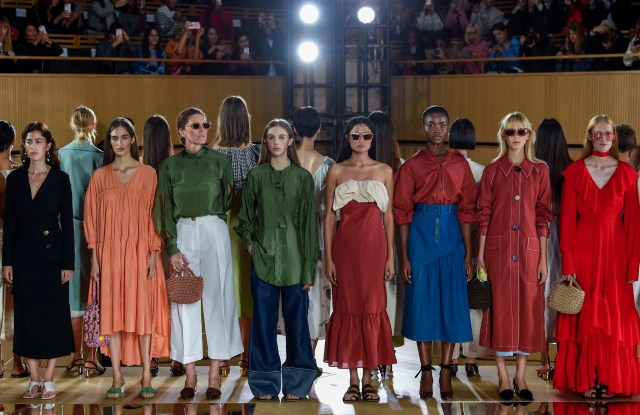 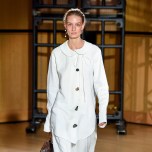 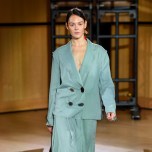 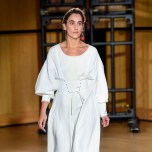 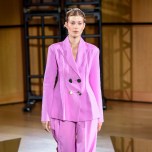 Rejina Pyo staged a full runway show for the first time this season — all the better to showcase the uplifting collection she’d designed with the diversity of women who wear her clothes in mind.

To make that point, Pyo cast a number of nonmodels in the show, some of whom were her friends and collaborators. “I look around and I have all these amazing friends — some having babies, some retiring, all in different stages,” said Pyo after the show. “I had a baby six months ago, and that made me really think about all different shapes of women and their roles. It was almost like a celebration.”

What shone out were Pyo’s skillfully cut silhouettes, which were flattering and easy — but never boring. They also embraced the spectrum of how modern women dress. There were loosely tailored pantsuits, one in a mauve-pink with a strong-shouldered, double-breasted jacket and fluid pants. A cotton day dress fastened across the body like a single-breasted jacket, fashioned with gently voluminous sleeves.

Even the evening looks had an appealing, unfussy glamour. One bias-cut sleeveless dress in gold silk had unfinished hems and rips here and there, while a tiered, floor-length black-and-gold chiffon skirt was worn with a simple white T-shirt. Arty details — such as Alexander Calder-esque earrings and sculptural wooden heels on mules — underlined the thinking muse that Pyo has in mind.

Indeed, the collection seemed less concerned with trends and more about a refinement of Pyo’s philosophy of dressing women. “We kind of blend into their life. It’s not like you just wear [a piece] once and that’s it,” said Pyo of her designs. “I want to make clothes that people can wear every day but still feel special.”