Here was an explosion of shimmer, sheen and sparkle that felt youthful, relevant and cool. 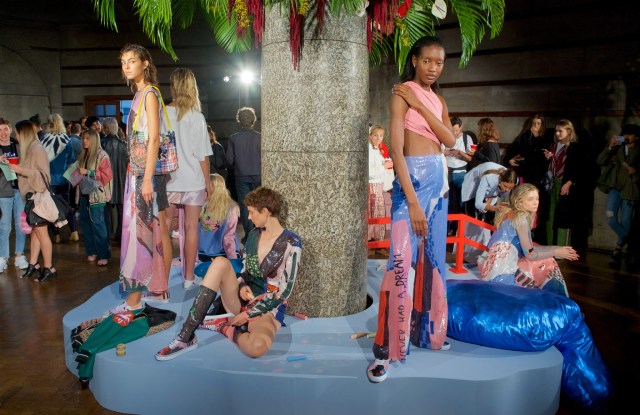 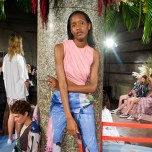 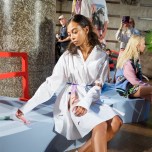 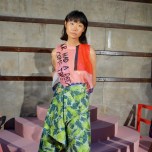 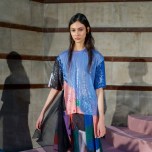 For spring, the Estonian-born designer looked to Californian skate culture of the Seventies and Eighties, when skinny boys in baggy shorts and long socks would show off their skills in drained pools, and girls lounged nearby under the sun.

This translated into short skirts whose wavy hemlines were amplified via beaded sea-life motifs, graffiti and doodles, much like the ample bomber jackets — Einer’s  staple — composed of contrasting patches of fabric. Cue tartans, beads and leather scrambled into one piece.

Elsewhere, the designer printed sequins and embroidered them on top of breezy chiffon or appliquéd leather cutouts onto airy slip dresses. Similar techniques adorned her novel line of sneakers, a collaboration with Vans.

A tad more ritzy were the wide-leg palazzo pants and languid dresses whose surfaces mimicked the naïve brush strokes and comic-like drawings of Jean-Michel Basquiat and Raymond Pettibon, respectively.

Either way, the all-over explosion of shimmer, sheen and sparkle felt relevant and youthful, or as Einer put it: “Here is couture for 20-year-olds.”