A mix of eccentric details, sartorial influences and feminine details contributed to the dynamic, elegant attitude of this pretty collection. 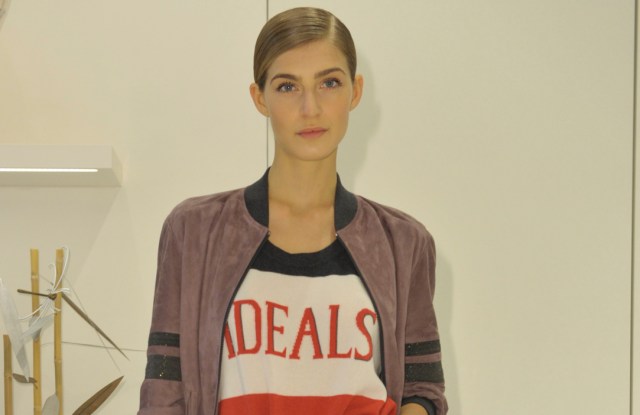 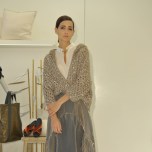 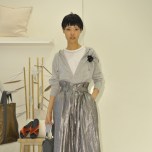 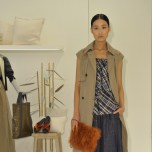 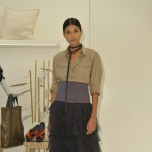 Eclectic is not a word traditionally associated with the Brunello Cucinelli brand. This season, the designer played with different elements, mixed and matched in a rich collection, which felt as practical as it was elegant. Ostrich and marabou feathers with an ethnic feel added an eccentric touch to a range of knit sweaters worked in a sophisticated palette of both earthy and blue tones. The glamorous decorations also punctuated a ruffled organza maxiskirt, its waist highlighted through a leather corset belt, which was unexpectedly matched with a casual hoodie. For a hint of extra exoticism, metallic python skin was crafted for a sporty bomber.

Brunello Cucinelli’s high-end men’s tailoring tradition not only influenced the suits but also the more quintessential feminine pieces, including a pair of paper bag-waist organza shorts printed with a mannish Prince of Wales pattern. Denim took the spotlight in the evening range. The dark indigo fabric was combined with tulle in a maxidress, while a jean tuxedo jacket was layered over a fluid silk jumpsuits enriched by a cascade of tonal feathers and sequins.