Siblings Veronica and Kean Etro brought the women's and men's collections together for a spectacular 50th anniversary show. 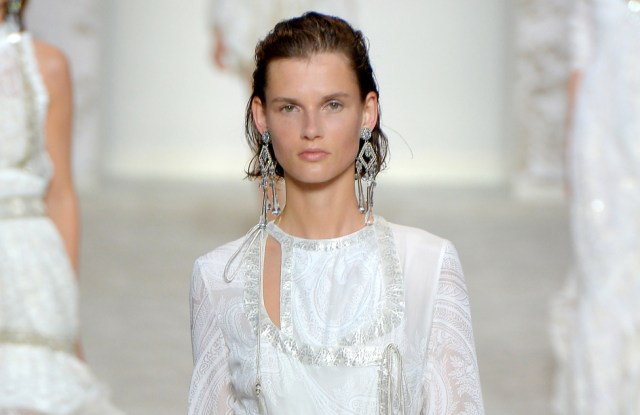 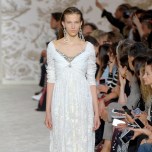 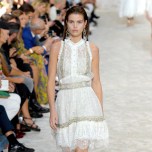 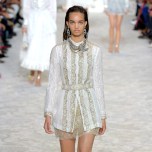 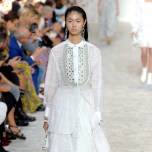 Etro’s spring show was many things. It was a celebration of the house’s 50th anniversary. It was the first time siblings Veronica and Kean Etro brought the women’s and men’s collections, which they design respectively, together on the runway. It was an ode to openness, diversity, multiculturalism and their father, the house founder, Gerolamo, whose love for India, paisley in particular, has become the label’s signature design motif. It was spectacular.

Without a trace of corniness or self-congratulation, the designers put their work together for a collection that gloriously displayed their family business and family spirit. “My father founded the company in 1968, which was the year of counterculture and psychedelia,” Veronica said backstage. “It’s really a show that celebrates that and the paisley design of India and its origin.” She and Kean titled the show “The Tree of Life,” staging it in an ultrabright, light-filled space in which the clothes and all their details and finer points dazzled. It started with beautiful airy whites and grays and reached a crescendo with a rainbow of deep saturated hues and textures. There was a lot to take in.

Saris came simplified into chic one-shouldered dresses, cut into cute babydolls, worked into refined folkloric dresses with richly embroidered wrap bibs, and wrapped into breezy scarf dresses. There was sensuality and glamor expressed via cut-out backs, halter tops and heaps of aristocratic pearl and crystal embroideries, as well as mirrors, lurex and metallic threadwork. Indian cricket culture came through in spiffy preppy polos worn with tailored jodhpurs for men and women. Veronica noted that she and her brother mixed men’s and women’s freely and naturally, showing takes on traditional doti, men’s tailoring and scarf dressing aplenty for both sexes. Indian culture led the look, though the Etros filtered it brilliantly through a sophisticated lens. There can be a fine line between luxury and souvenir shop. Not here. The line was definitively luxe — Etro’s fabrications are world-class, putting the look in a different dimension than boho. The family should be proud.