The collection murmured rather than roared, and it's clear the ground is shifting under the house of Roberto Cavalli. 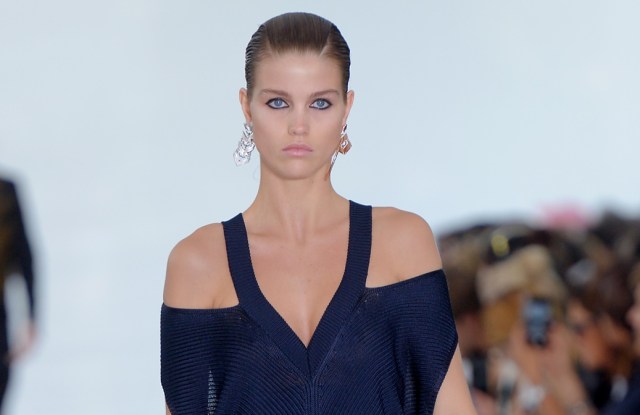 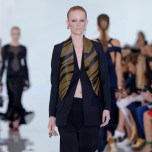 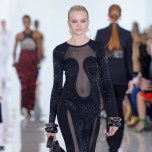 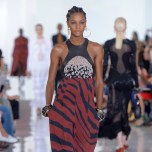 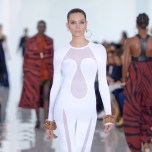 From the spare, open-air venue at Parco Sempione to the self-effacing new creative director Paul Surridge and a collection that murmured rather than roared, it’s clear the ground is shifting under the house of Roberto Cavalli.

With a restructuring just completed under chief executive officer Gian Giacomo Ferraris and the naming of Surridge — a men’s wear designer and unlikely pick — Cavalli has downsized, broken with its leopard and sparkle-studded past, and positioned itself for growth.

Named to the post in May, Surridge has been racing against the clock, pulling the collection together in eight weeks. He’s shifted the focus away from eveningwear, redefined Cavalli’s brand of sexy as athletic and wholesome, and aimed to broaden the brand’s appeal far beyond the Real Housewives of Beverly Hills and the haute hippies of Ibiza.

His opening look, a demure navy dress with cutouts that revealed strong shoulders, spoke volumes, as did the pointy slippers on the model’s feet. “Flats convey agility and speed,” he told WWD earlier this week.

Backstage before the show, Surridge called Cavalli a “local brand with a global audience” and vowed to offer his customer clothing that would take her from day to night. “She has a life, she’s a modern working woman. It’s a collection for many women and many moments.”

It was a solid — if overly subdued — debut, with Surridge swapping the loud colors, patterns and shine of days past with an abstract zebra print that came in black and russet on fluid, high-waisted trousers, and a long coat with generous lapels.

The same print came in black-and-white, too, for a belted trench and a biker jacket with a sand-toned panel at the front. Other patterns didn’t work as well: The watery pastel flowers looked prissy in this collection that was all about strength and restraint.

There were day and evening dresses galore — long and showing off bare shoulders and with scooped-out backs or necklines — while trousers were pure Cavalli, made from alligator skin in shades of caramel or maple syrup. Surridge had downloaded all the right house codes, and it’s clear where he’s going. Now it’s up to the Cavalli customer to decide what makes her feel powerful.