Qiaoran Huang and Joshua Robert Hupper used Arabian folktales — but mostly their fans — as inspiration for their first see-now-buy-now collection. 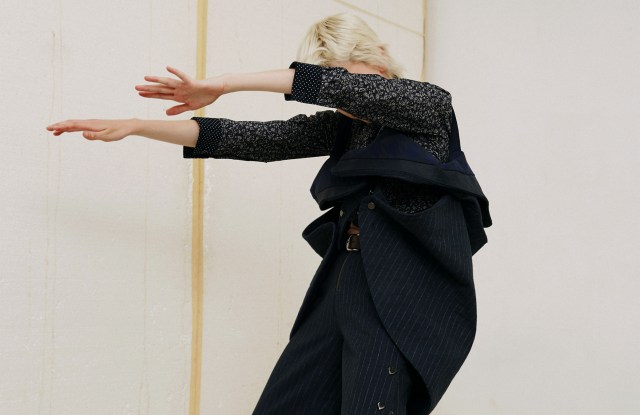 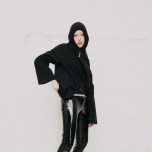 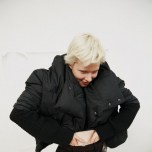 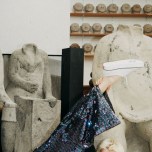 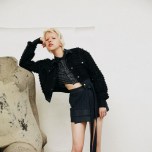 Think of a Nineties Goth disco full of fashion-conscious teenagers, and you’ll have a decent image of Babyghost’s first see-now-buy-now collection for fall 2017.

Designers Qiaoran Huang and Joshua Robert Hupper showed their largest collection to date on about two dozen “real” models who are also fans of the brand. They wore self-styled hair and makeup, along with their own accessories and shoes, while sitting in front of multiple projections of a four-minute video starring professional model Xiaowen Ju which was shot entirely on an iPhone 7 by Van Alpert.

Huang said the collection and video were an interpretation of the Arabic folk tales “One Thousand and One Nights,” but admitted “we really get inspiration from our fans” — mainly women in their teens and early 20s who connect with the brand on Instagram and Tmall.

The clothes in Van Alpert’s video were overshadowed by quick cuts to half-wild animals, scenes of urban China and a lot of red lighting, but those presented made an impression, even in a darkened room with smoke machines pumping.

One standout was an oversize pinstriped suit made from a lightweight dark blue denim featuring heart-shaped black buttons and track-style slacks with belt loops only at the ankles.

A pair of flared houndstooth trousers, shown underneath a matching button-front skirt, were cut at least a foot too long with the idea that a buyer can cut them off wherever they like.

Beyond the too-few tailored pieces, the collection consisted of slouchy navy and black — wide-leg sequined “disco pants,” a long puffer jacket with a double sleeve, an open knit button-down dress with a few sequins woven in — that will be easy buys for the brand’s devout following.

Em, a high school student in a waist corset with “drop dead” hand-embroidered on the back, has been a big Babyghost fan since she snuck into her first show two years ago.

“I’ve been at all of them since,” she said. “I’m friends with the designers now. They’re the best.”