Jason Wu continued to take the stuffing out of severe Boss tailoring with a breezy, nautical collection. 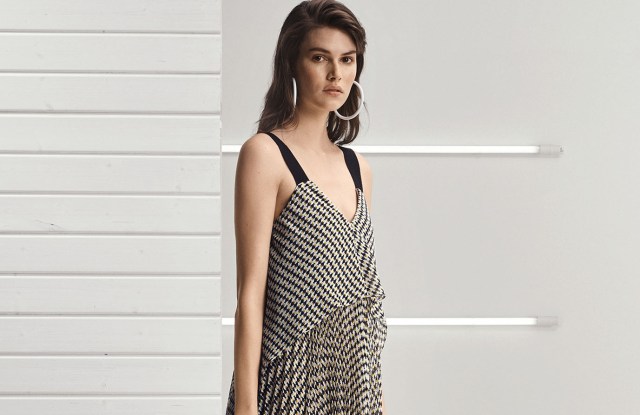 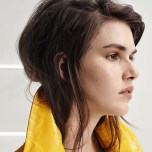 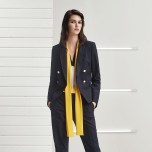 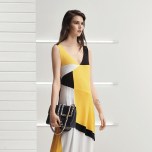 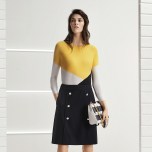 Going into his fourth year at the helm of Hugo Boss women’s collections, Jason Wu has chosen to simplify, streamline and lighten things up, not only in terms of the collection’s aesthetic but in his approach to presenting it. He’s stepped away from the runway for the past few seasons, presenting in Boss’ downtown Manhattan showroom after the madness of fashion month ends and skipped pre-collection presentations altogether.

“No one needs to see that much clothes,” Wu said. That doesn’t mean he’s not producing. In addition to the spiffy, nautical-themed spring lineup, there’s a new capsule Gallery collection that’s for Boss stores only. It’s full of colorblocking, bright tailored separates and soft pleated skirts.

As for spring, “It’s a lot less dressy and more casual,” he said, noting that he’s been focused on taking the stuffing out of Boss’ signature rigid suiting for the past few seasons, offering the Boss woman a lot in the way of chic and relaxed. The graphic print on a pretty draped and gently pleated dress was actually mini yellow and blue fish. A bright yellow boxy jacket was done in waterproof bonded nylon, like an update of a classic fisherman’s slicker. A neat navy peacoat came in bonded Neoprene with a detachable knit collar. There was an oversize conductor stripe parka and a delicate knit lace dress. It had an air of casualness, but in today’s jeans and T-shirt world, the collection qualified as very polished but not at all severe.