The mood was noticeably lighter, but retained a conceptual spirit with a crafty approach to daywear. 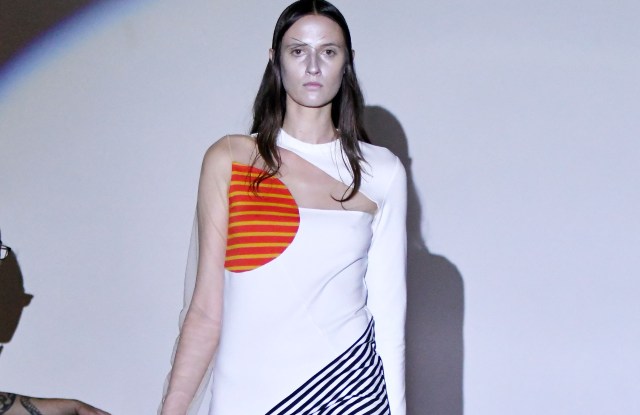 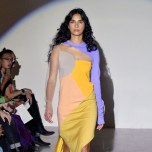 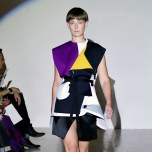 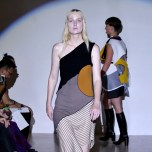 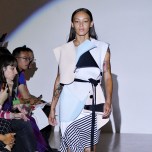 LRS’s Raul Solis is a fashion rebel. You never quite know what to expect from his runway shows, which have referenced skate culture and nightlife in the past. Last season he delved into eveningwear with a distinct bondage bent that resulted in a tougher exterior and a hand of clean construction; it was great, but as an agitator, it wasn’t outside the realm of what you’d expect from the independent designer.

He continued to explore evening for spring, but this time with a quieter, more classic tone. The opening asymmetric striped and color-blocked dresses were great, suggesting Solis was heading in a more refined direction. Though the mood was noticeably lighter, he retained a conceptual spirit with a crafty approach to daywear. Standouts included a cropped tank with hardware straps, bow-lined printed pants, and a playful shirtdress with different fabrics and multiple sleeves tied around the waist; it was only the bulkier collage vests and tops that felt too overworked to wear. But the spirit of collage-work was also seen in the prints, which were used for matching sets and a tailored coat with keyhole cutouts; they were actually very chic.