Fernando Garcia and Laura Kim's spring show was a bit of a pep rally for American fashion. 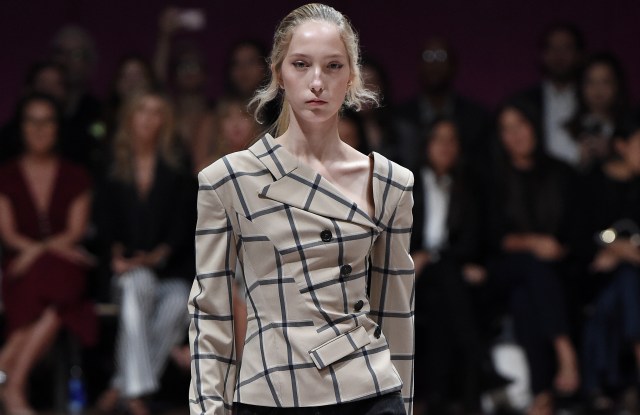 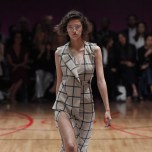 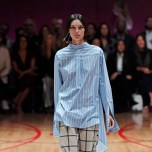 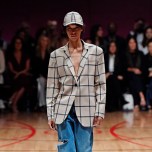 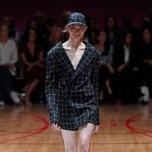 It’s still early in the week and the season in general, but there’s a micro trend of patriotism coming out of New York Fashion Week. After several news cycles fueled by headlines about New York’s top fashion talent defecting for a brighter City of Light, those who have stayed put are using their runways to show their American pride. Monse’s Fernando Garcia and Laura Kim are happy to be here. “We love this country. It’s the only reason we’ve been able to succeed this much,” said Garcia during a preview. “We’re celebrating showing here.”

They littered the collection with peppy stars and stripes and red-white-and-blue, but it wasn’t a Fourth of July parade. The broader theme was back-to-school, with collegiate sport references offering a solid, steady lens through which to filter updates on the brand’s signatures and hit on retailer-baiting trends. Chiced-up track pants, riffs on varsity jackets and twisted Oxford shirting abounded.

All three of those items hit critical mass trend-wise a while ago. Making them feel new was surely a challenge, yet Garcia and Kim pulled the looks into their world, stamping them with what has become a very strong house aesthetic. A classic striped men’s shirt was turned backwards and blown up into an oversized dress worn over snap-up windowpane-printed pants. Tipped cardigans in red and white and a navy baseball jacket were twisted, cut out and unsnapped to reveal shoulders and collar bones. Worn over striped sequined fringed skirts, the knits gave a fresh casual attitude to eveningwear. There were languid takes on striped shirts that were twisted at the neck and draped off the shoulders and worn with dressed-up track pants and cool jeans. Garcia and Kim’s style of polished deconstruction translated to an attitude of allure that’s confident but fun. The clothes were steeped in playfulness, here heightened by the Americana and university motifs, but the execution was always adult. In reality, the Monse girl has definitely graduated.