For his second American show, he transformed the Hammerstein Ballroom into a cabaret bathed in red lights and with waiters serving burgers and Champagne. 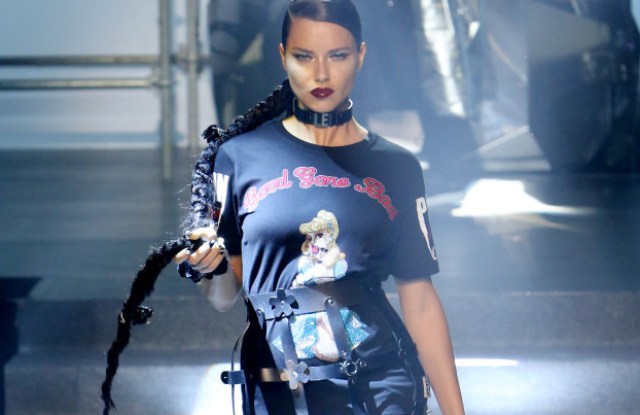 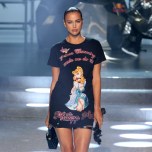 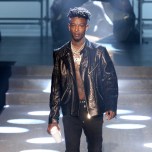 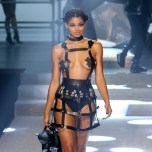 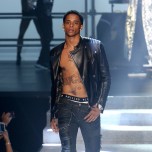 Philipp Plein staged another of his over-the-top extravaganzas in New York on Saturday night. For his second American show, he transformed the Hammerstein Ballroom into a cabaret bathed in red lights and with waiters serving burgers and Champagne. Dita Von Teese opened the event with one of her signature burlesque performances. She was followed by the rapper Future, who performed live. Next up was Teyana Taylor, who danced on the catwalk wearing a tiny, too tiny, bodysuit, which couldn’t contain her ample bust. Finally, it occurred to the Swiss company to present a fashion show, which actually felt like just an excuse to organize another big event. Money seems to not be a problem for Plein, and he didn’t cut costs in terms of casting, either, hiring Adriana Lima and Irina Shayk to walk the catwalk. The big issue here was the high degree of tackiness. Exposed breasts, bondage-inspired leather body harnesses, cascades of crystals and sequins on destroyed jeans were just some of the main features of a collection that looked dated and heavy-handed. And the sweet cartoonish characters that were printed and embroidered on T-shirts and pants did little to elevate the display.