Ulla Johnson's spring lineup explored the notion of transparency, with ethereal pieces in eyelet, lace and barely there organza. 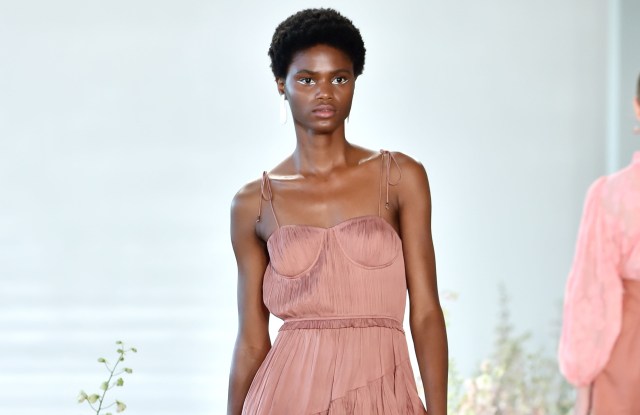 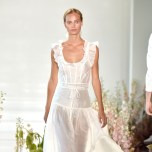 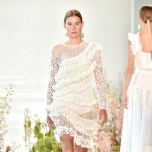 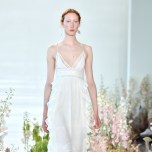 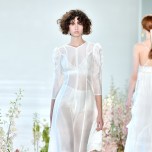 The floral set at the Ulla Johnson show — a reflective mirrored runway, surrounded by clusters of wispy blooms — offered clues about what was to come — and made for quite an Instagrammable space.

In her show notes, Johnson expressed her desire “for something pure and open,” and described the collection as a dialogue around transparency.

On the runway, this translated into an ethereal lineup with some textural notes. For starters, she sent out a group of barely there organza pieces, most memorably a white paneled dress with leg-o’-mutton sleeves, followed by a beautiful tiered version with a scattered floral pattern. Both reinforced the transparency statement seen throughout the lineup, which Johnson also expressed via open knit work such as crochet and lacework, as seen in a series of white vintage-inspired dresses that featured a patchwork of eyelet, lace and crochet. But Johnson also struck some street-smart notes with cool oversized nylon anoraks and hooded bombers.