The contemporary French label livened up a dark corridor of the Louvre with live rock music and a punk attitude. 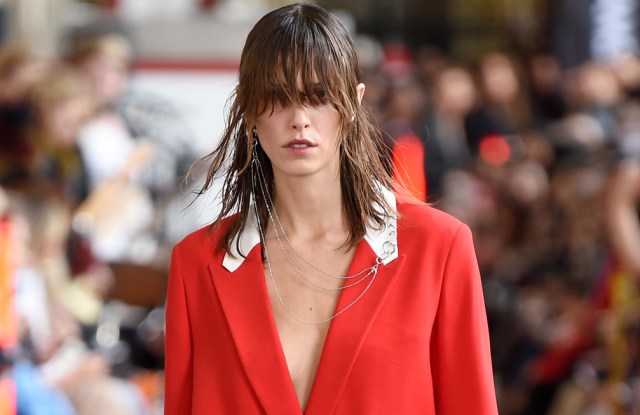 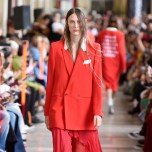 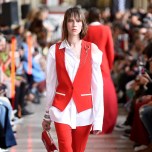 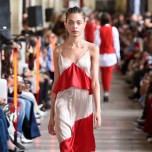 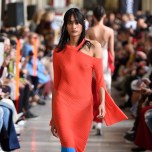 Each x Other brought some American style rock ‘n’ roll vibes to a dark, arched corridor of the Louvre for its spring collection. At first it felt almost as if a flock of female superheroes had descended on the thin stretch that overlooks the museum’s courtyard: The show started with a batch of dresses and long Eighties-style jackets in Superman reds and blues.

But then came the white, flamed cowboy boots, the taller ones set on spiked heels and the lower ones with slingbacks, pushing the collection into rural territory. The embellishment on a jeans shirt was a playful fringe made out of thin, beaded metal chains and paired with blue-and-silver crocodile-patterned boots.

It didn’t matter that the live band was from London, the vibe was both folksy and edgy in a way that can only be described as American. This was the underlying strength of the show, and it served to rein in the disparate forces running through the collection.

Love and poetry were official themes, and the show closed with a wedding dress, in celebration of the marriage between in-house artist Robert Montgomery and filmmaker Greta Bellamacina.

“We mixed the hardcore, tailored biker jacket unisex wardrobe with something more like couture,” said one of the label’s two creative directors, Jenny Mannerheim. She and fellow director Ilan Delouis called on Turkish designer Dilara Findikoglu to bring a couture touch. The poetry was on the back of the ivory gown, the black lettering matching the touches of black ribbons and lace.