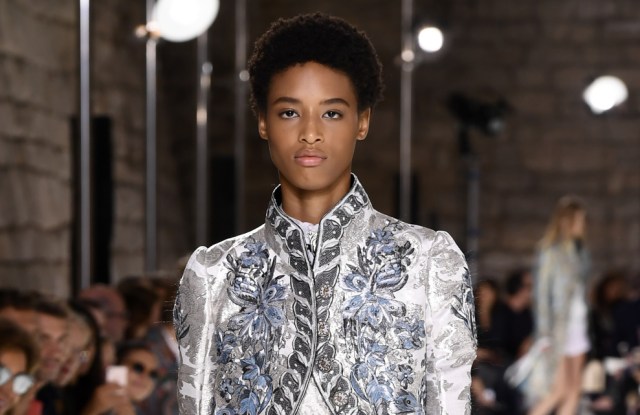 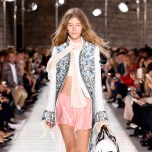 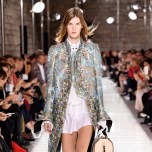 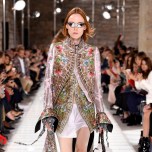 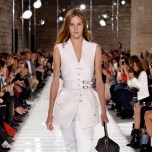 A deep strain of history ran through Nicolas Ghesquière’s spring collection for Louis Vuitton, and not just because of the show’s location: the bowels of the Louvre Museum, in the medieval moat around which the royal palace was built.

At one end of the runway sat the Great Sphinx of Tanis, a reminder of an even more ancient civilization. The creature, which has the body of a lion and the head of a king, was found in 1825 among the ruins of the Temple of Amun in Egypt.

Vuitton has been highlighting its connections with French history, and royalty, as it celebrates the opening this week of its flagship on Place Vendôme, which sprawls across two majestic 18th-century townhouses.

Ghesquière tapped into that spirit with a powerful lineup that blended his signature sportswear with costume references, in a return to the high-concept approach that defined his collections at Balenciaga, and which he had traded for a more pragmatic vision since joining Vuitton.

Frock coats — in rich metallic brocades, embroidered silk or sculptural leather — were paired with silky boxer shorts or tapered pants in glossy vinyl textures. Almost every look was finished off with clunky sneakers — down to a silver-embroidered Botticelli dress with dropped shoulders framed by a stiff white leather ruffle.

“Anachronism: How some pieces are considered as costume and how it was interesting to explore the way to incorporate them again in an urban wardrobe that I love,” the designer, standing under a stone arch in the courtyard of the Louvre, explained after the show.

“It was that thing of anachronism with a hint of romanticism. I think we all need that these days,” he added.

Ghesquière found inspiration in the Metropolitan Museum of Art’s collections of 18th-century French aristocratic garments, but his approach was none too reverent. The formal splendor of high-collared jackets was undercut with stripy stretch dresses and tops, or silk pants so sheer, you could see the model’s thong.

One minute, doublets and billowing shirts transported you into the realm of classical portraiture. The next, real life barged its way back, via a T-shirt printed with a poster for the Netflix series “Stranger Things” (Ghesquière is something of a superfan, having invited the cast to visit his studio last year.)

It was the kind of clever, controlled, luxurious and distinctive statement that many have been craving from Ghesquière at Vuitton, and which he has previously delivered in fits and starts.

Granted, you don’t design the same way for an avant-garde brand like Balenciaga and for a juggernaut like Vuitton, but this is the pinnacle of French luxury: it demands outfits fit for a king.