For spring, Valentino's Pierpaolo Piccioli sought to elevate the ordinary. It proved extraordinary. 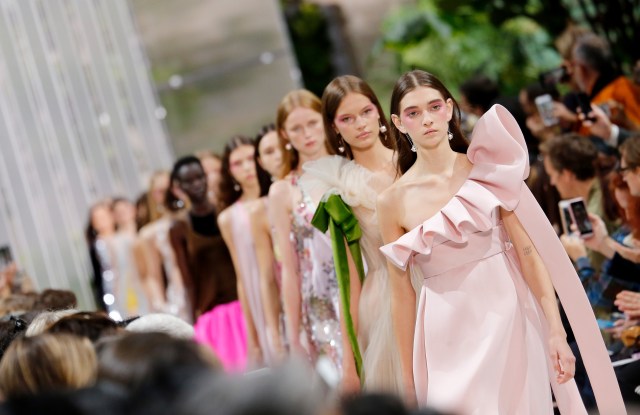 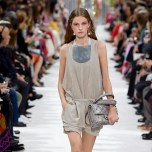 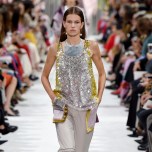 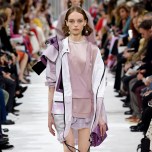 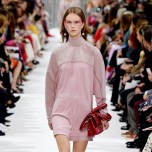 A fashion editor exiting the Valentino show needed a moment; rapture recovery takes time. When she got enough of a grip to regain verbal capacity, she offered, “I want to live on that planet.” The vibe in the courtyard of the Lycée Carnot, where Pierpaolo Piccioli presented his spring collection, suggested she wouldn’t be lonely.

For years now, Piccioli has produced some of fashion’s most extraordinary work, first in partnership with Maria Grazia Chiuri and now, on his own. Piccioli’s spring collection was out-of-this world magnificent.

At the risk of prolonging the planetary motif, the editor’s reference was more salient than she realized; featured on Piccioli’s mood board this season, along with pictures of the glamorous teenaged Brooke Shields and depictions of “The Frenzy of Orlando,” was a photograph taken by astronaut William Alison Anders during the Apollo 8 mission, the first to reach and orbit the moon. (OK, you Galileos out there, the moon’s not a planet. But it is up there — fashion license.)

During a preview, Piccioli talked about the moon as a physical place, but also “where you can find what’s lost in the heart, this romantic idea of the moon, the moon as a second chance.” Schmaltz? Maybe. But what’s “schmaltz” other than a cynic’s take on a passion he doesn’t share?

Fashion needs passion and emotion, and Piccioli offers it in abundance. He cited Anders’ picture, of Earth from the moon’s perspective, as a grand-scale example of viewing the familiar from a fresh perspective, thus turning it extraordinary. In his fashion micro sense,  he said he wants to renew the joie de vivre long associated with Valentino Garavani’s work. (There it is again — fashion as antidote to what ails us.) To that end, Piccioli introduced a new concept based on an old tag line — “Very Valentino.” He interspersed into his lineup looks in red, black and white, which, though not archival, evoked the aesthetic of house founder who, as usual, sat front row. “It’s not going to the moon to look for something,” Piccioli said. “It’s just re-seeing what you already have, but with a new perspective.”

Left unsaid, but not unaddressed: the casualization of life today and how to deal with it at the luxury level. Given the evening orientation and extreme romance of Piccioli’s best-known work, one might think negotiating the daywear issue could prove more problematic for him than for other designers. Not at all. Here, Piccioli put a major focus on day clothes, as all of luxury should approach them — with distinction and a lack of subtlety in looking the price. Granted, a plastic perfecto outlined in sequins and an anorak slathered in paillettes may not be everyone’s idea of everyday staples. But Piccioli’s less sparkly versions of daytime standards all projected as luxe — utility pants and jackets in graphic blocks of soft colors, often with a shimmering edge here or there; an elegant take on the shirtdress/tunic with high neck and asymmetric side closure; a spectacular trench coat, its traditional hue invigorated by dusty pink add-ons.

Nor is Piccioli resting on his laurels when it comes to evening; he’s started to evolve and diversify his lavishly embellished Renaissance Fair beauties. Here, they morphed into exquisite, sweeping A-line gowns worn over athletic-inspired tanks or bras. He also went minimalist with a dream of a gown cut with one sleeve and a tie on the opposite shoulder, in red silk. Very Valentino. Very Pierpaolo. And fashion rapture, to the moon and back.