The designer delivered a mash-up of some of his favorite things: fetish, couture and Chinese punk spirit. 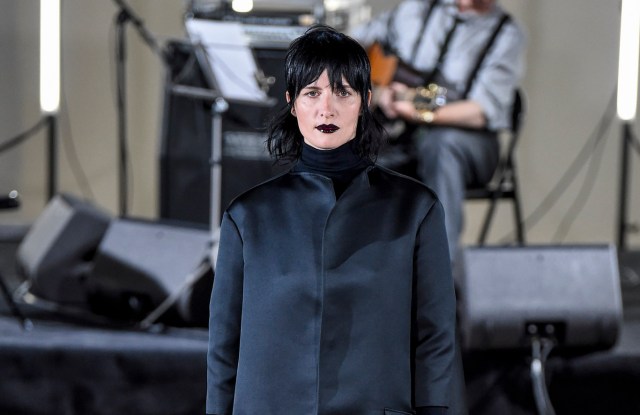 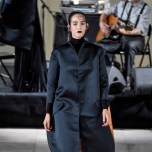 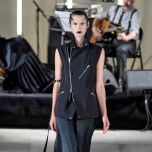 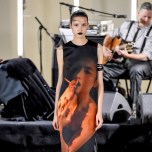 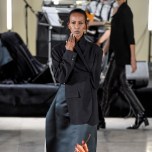 Beijing-born, London-based designer Yang Li stayed true to form in a collection fusing some of his favorite things: elements of fetish, couture and Chinese punk spirit.

“It’s this idea of what couture would look like in China, because of course it didn’t exist, or it did in another sense, in another dynasty,” said the designer backstage.

Mixing high-tech with decadence, an asymmetric gray gown in a vintage washed floral jacquard with a technical backpack-style closing system had its roots in the cheongsam. An asymmetric black dress with biker accents was tougher in attitude, and some of the black looks glowed with orange photo prints by Robi Rodriguez inspired by Chinese opium dens. The designer also hit on the trend for asymmetrical off-the-shoulder looks, with gothic-y spikes studding the accessories.

Adding a pop of China-red and fuchsia was a run of gowns in Fifties-style cocoon shapes in dense silk mixes, broken by a ghostly white pleated gown fused with a big white shirt, which was Li’s take on eveningwear as “something you don’t need to be precious with.”

The models gathered in a formation on the concrete catwalk, located on the lower floor of the Palais de Tokyo, before exiting the space to clear the way for a performance by Swans frontman Michael Gira. But their impression stayed floating in the air, Li’s take on new Chinese individualism.