Jean Harlow inspired the designer for spring, and she conjured a collection with lots of old Tinseltown glamour. 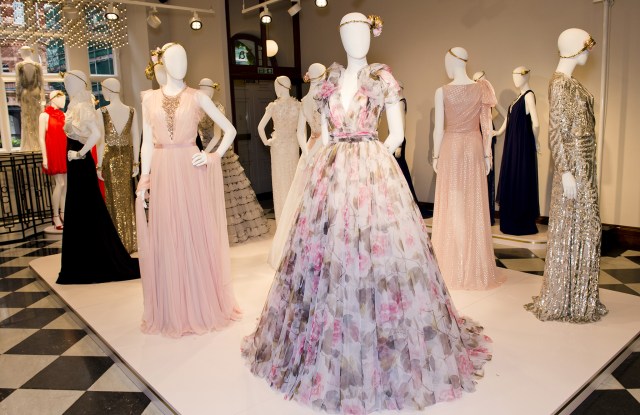 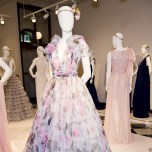 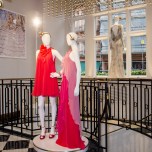 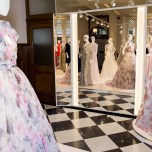 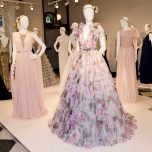 After showing in New York for nearly a decade, Jenny Packham came home to London to celebrate her 30 years in business. She staged two presentations at her Mount Street flagship, one for press on Sunday and a separate one for customers — and the public — was planned for Monday.

A celebrity and royal favorite with a flourishing evening, cocktail and bridal business, Packham took Jean Harlow as her inspiration for spring, conjuring a collection with lots of old Tinseltown glamour, inspired by the alluring — and hard-living — actress and Thirties Hollywood star.

“It was time to bring Jean out,” said Packham, who said her interest in Harlow was piqued when she was in Hollywood a few years ago, looking at Marilyn Monroe memorabilia. While the looks she showed on Sunday were beaded and sequined and adorned with Swarovski crystals, she said she wanted to do them all with a light touch.

The old-world glam quotient was high: A version of the silver sequin-paved wrap-front gown has already sold out on Net-a-porter, while a long, midnight blue hand-beaded dress had a plunging V neck.

At the same time, there was always a modern yet demure feel to the clothes. A frothy dress — the centerpiece of Packham’s ad campaign — was made from layers of white ruffles edged in black. “They’re like scribbles,” she noted. Nearby, a big, luscious pussy bow adorned the neck of a blue Lurex jacquard gown while a columnar dress had a delicate ruffle collar, the latter for the lower-key Harlows on the red carpet.