A charmingly feminine riposte to the prevalence of streetwear that Lupfer has observed dominating runways of late. 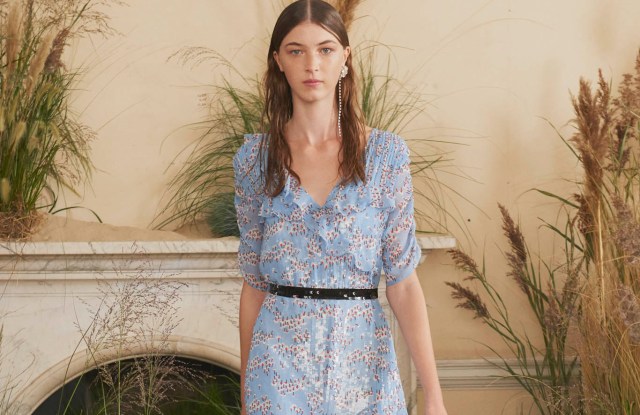 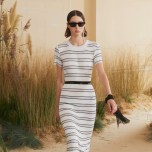 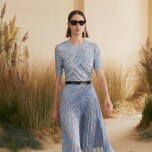 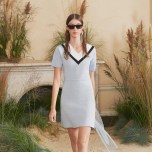 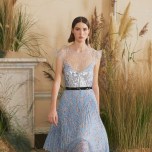 Markus Lupfer’s charming spring collection was an unapologetically feminine riposte to the prevalence of streetwear that he has observed dominating runways of late.

He was designing during this summer’s record-breaking heat wave in London, which was another factor in the lineup’s waftiness, and inspired the design of the presentation’s sand dune set. Ice cream at the beach and surf culture played into the inspiration, resulting in a palette of soft mint, cornflower blue, melon, lilac and pink, cut through with a black-and-white Memphis Group-inspired lightning bolt fashioned into an animal motif.

“I wanted things to be changeable,” said Lupfer, pointing out sheer dresses that can segue from day to night by switching out an opaque slip in matching fabric to one entirely of sequins. It’s modular dressing and the effect was lovely, especially in the ditzy floral skirt and blouse underpinned by a pink sequin slip.

A mint green confection of a dress with a gauzy layer of tulle floating over green sequins had a romantic, debutante allure, while that surf scene emerged in a boxy metallic lilac leather shirt tucked into a floral chiffon midi skirt and in the striped plissé knit tank top teamed with a pink sequin skirt.