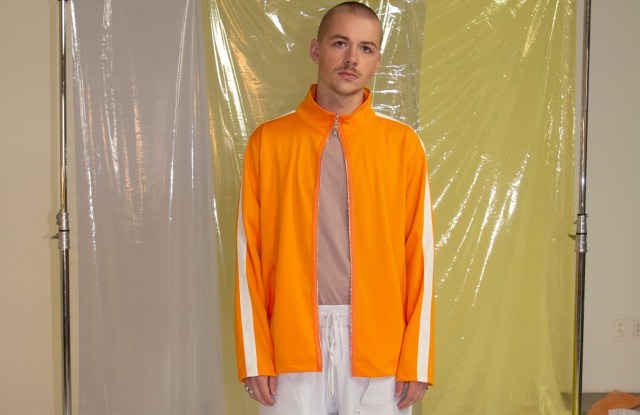 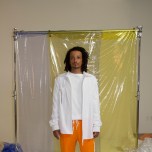 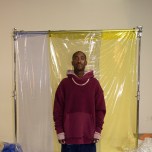 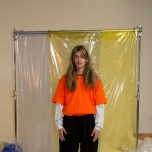 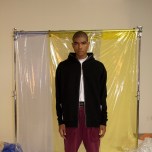 Sportswear is the foundation of Bristol Studio, a Los Angeles-based brand designed by Luke Tadashi. While basketball has typically been the primary reference, Tadashi wanted to broaden his scope and looked to sportswear at large this season. He attempted to deconstruct these basics and elevate them through his textile choices.

Hoodies were made from a terry that was custom developed with a new factory, poly track pants with a tuxedo stripe looked refined enough to wear at night, and reversible sweatpants featured exposed pockets with just the right amount of drape. He added more texture to the collection with hoodies made from organza and plastic chest pockets on a T-shirt.

One of the most intriguing aspects of the collection were the three Adidas BYW sneakers that Tadashi created with the Shoe Surgeon. He wanted to treat the sneaker as a sculpture and constructed them with canvas, cardboard, PVC and plastic fibers. He collaborated with Adidas earlier in the year on a BYW sneaker and more colorways in addition to an apparel collection will be released this fall.

Many items felt desirable and salable, but Tadashi has shown better, more inspired collections. And with the glut of sportswear in the market, having a point of distinction means a lot. He’s proven he has ideas and a keen sense for what young people want to wear, but let’s hope he maintains and expands on his point of view in the future.