Narciso Rodriguez showed a strong collection for spring 2019. It radiated an aesthetic that was minimalist but not plain. 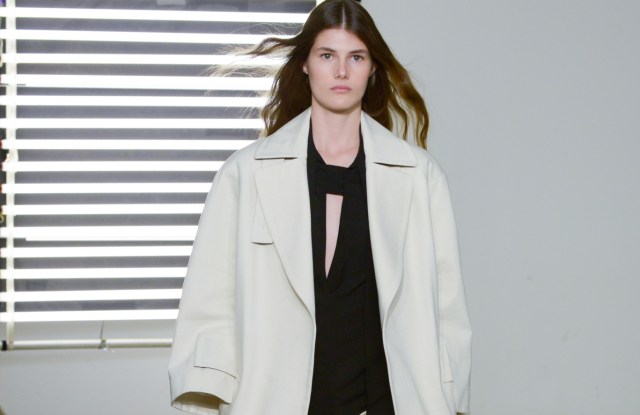 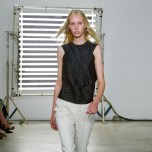 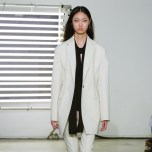 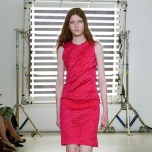 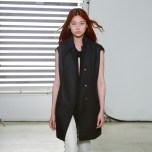 Monday evening would find Narciso Rodriguez, like much of the industry, heading to Brooklyn for the CFDA Awards. Unlike everyone else, he alone would be honored with the organization’s Lifetime Achievement Award, after 20 years in business, which he marked last season with characteristically low-key celebrations.

But in the morning, it was business as usual — yet something of a new usual for Rodriguez. In this most eclectic of official calendar weeks, Rodriguez showed his spring 2019 collection, one of only a few designers to do so, in a presentation that retained the intimacy with which he had shown fall in his Gramercy Park headquarters. This time, he moved to the first floor Goethe-Institut in the same building, the shift allowing him to more than double last season’s audience count from 20 to about 50.

It’s a lovely way to show, and Rodriguez delivered a strong collection. Not surprisingly given the anniversary/award moment, he was in a reflective mood. “Somewhere along the line, the collection got very pared down and much more graphic,” he said. “I started to look back at things I had done in the past, and I found this beautiful picture of Amber Valletta from ages ago. It became an inspiration.” Specifically, that ode to Amber showed up in “look 20,” a white jersey dress. But for the most part, Rodriguez didn’t draw straight lines to specific archival pieces. Rather, his lineup projected a sexy-cool vibe with a touch of high-brow Nineties sportif.

The Rodriguez woman demands attention even as she abhors excess, her clothes achieving interest from razor-sharp tailoring and subtle complications of cut: dresses and tops cut asymmetrically to bare a shoulder; skirts cut away with asymmetric, angular precision; long jackets atop skinny jeans shown extra long over slightly fetish-y stilettos. For embellishment, Rodriguez offered her bold, modernist embroideries — 3-D motifs with plenty of matte stones in tonalities that change from front to back.

It was a powerful take on that which Rodriguez has retained yet refined for two decades: a sophisticated aesthetic rooted in minimalism without being plain, while radiating smart, confident chic.