For her NYFW debut, CFDA/Vogue Fashion Fund finalist Rebecca de Ravenel presented a playful yet chic lineup inspired by the South of France. 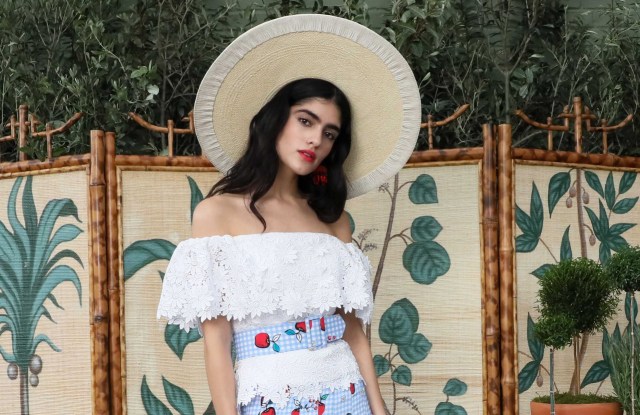 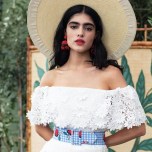 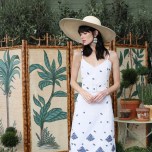 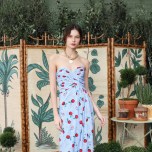 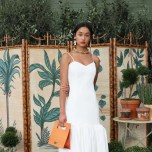 For her first New York Fashion Week presentation, CFDA/Vogue Fashion Fund finalist Rebecca de Ravenel took over the Gramercy Park Hotel Terrace for a luncheon garden party. Influenced by her time spent in the south of France, de Ravenel took her feminine frocks outside of the ornate rooms that usually inspire her designs — last season, it was the Gallery room at the Carlyle hotel — and showed them en plein air.

“I want to make clothes for women who like to dress like women, that’s very much my essence, but I wanted something to be a bit freer,” de Ravenel said. “We put Havaianas on because she’s going to throw them off. I wanted the whole inspiration [to be] that she’s having lunch in Provence and took the tablecloth off.” Playful prints adorned her flirty and feminine dresses and summer suiting: picnic-table gingham with cheery red apples, enlarged polka dots, colored stripes and florals both macro- and micro-sized. “Happy, pretty” is how she described the 19-look collection. Lace also made a strong appearance, rendered best in two floor-length tank dresses, one in floral and tangerine, the other in white eyelet. The collection oozed femininity in the chicest way.