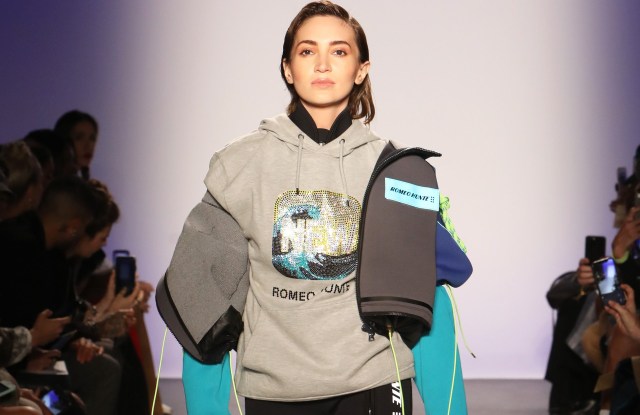 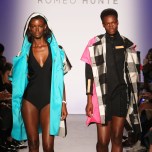 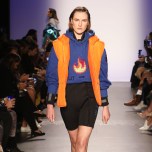 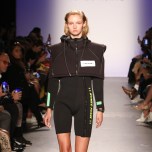 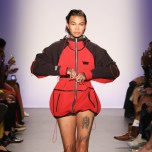 Surfwear seems to be a developing theme at New York Fashion Week. While designers have touched on tropical prints and fashionable takes on board shorts, Romeo Hunte dove in head first with a Neoprene-heavy collection which, he explained, incorporated both “see-now-buy-now” and future 2019 pieces. Which was which? That was unclear.

Neoprene was a fabric choice Hunte carried over from prior seasons, and this lineup was more or less identical to his most recent men’s collection. Fun, colorful Neoprene jackets had climbing rope ties and could be zipped into miniskirts and cropped jackets, trenchcoats had fluorescent colored piping and fur trim or came off the shoulder, and cropped hoodies were bedazzled with sequin emojis. (Upon closer look, it was unclear if the trenchcoats were new or the exact ones worn in his July men’s show.)

The offering felt more cohesive than fall, but in a time when most designers are merging men and women’s lines into coed shows, why not show his collections together — especially if they’re identical?