Zac Posen Presents Spring — With a Little Help From Friends

Posen continues to grow with a fresh take on casual dressing, while still maintaining his high octane glamour. 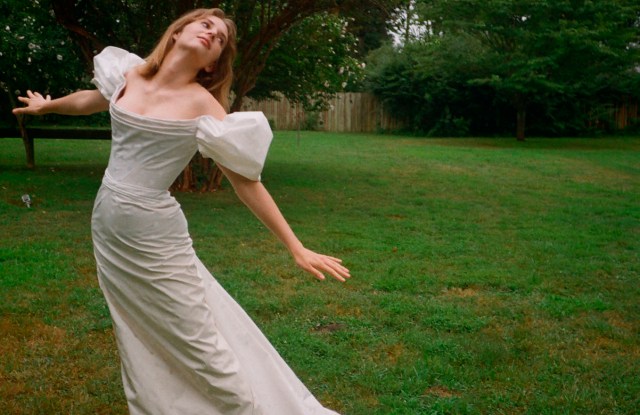 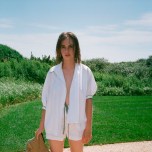 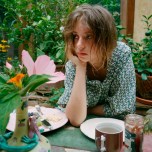 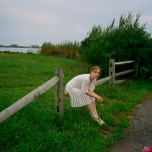 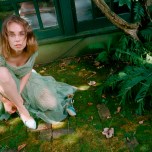 Like lots of designers, Zac Posen wears many hats. In fact, he says it shakes out to 16 collections a year. He designs for Brooks Brothers; recently updated the uniforms at Delta Air Lines; released a cookbook; judges on “Project Runway,” and released a documentary. But it was his namesake label that started it all.

To present that collection for spring 2019, Posen is once again forgoing a traditional runway show — something he has done for several seasons — in favor of images and a film. The difference this season is that the film has a more narrative- and character-driven feeling. Gia Coppola shot the piece, with Maya Hawke as muse. To Posen, Hawke was more than just a subject — both she and Coppola are close personal friends, and Hawke, who was looped in and confirmed while he was still designing the collection, helped to influence his designs for the season. So spring 2019 was a family affair.

“The original Zac girl is a creative free spirit. When I think of my early muses, this collection has almost come full circle to that idea. It’s not grande dame, or overt glamour, there is a new side to it,” he says while showing the collection in his Manhattan atelier.

Make no mistake, he loves a runway show, and before it was a good thing he showed in Paris, but it’s a new time. “How we communicate has changed, in every aspect of life. For us, it’s unique to take smart, calculated risks on how we present the collection. This is the next phase of that,” the designer notes.

He chose to shoot the spring collection in Bridgehampton, N.Y., at a friend’s house over several days in early August. Coppola used natural light to capture Hawke — the daughter of Ethan Hawke and Uma Thurman — in scenarios throughout the grounds. The idea was to put the pieces from the collection, which spans from event dresses to sculptural suiting and casual dressing, into a visual narrative. “There is a journey for the character, from joyful summer baby, to a slightly fed up kid, out of place in nice clothes and maybe even in her body, to hopefully, a woman, proud and playful,” Hawke explains.

“Gia created a cinematic quality; she definitely has a strong signature style and point of view. Also for me, it’s exciting to work with a female subject, who is a size 4, and also have a female photographer,” Posen says, adding that his subject is a “collaborator, not just a doll.”

“I think Zac and Gia wanted to capture a moment rather than create one. I tried to be true to the way those things made me feel and give Gia access to that, to invite her camera into my experience,” Hawke says. “It was amazing to work with her because we have similar taste for silliness and juxtaposition. I did my own hair and I hardly wore any makeup except to cover my pimples. We ate and ran and swam and talked in the clothes. It was very free.”

“Showing the collection on a young girl who is 20, who is not a model — I’ve watched her grow up. She brings something authentic and special collaboration. It gives the narrative character, and movement to the clothes,” Posen adds.

The clothes have a soft freshness with a dash of Slim Aarons. Over-the-top glam is there, but in paper-light taffeta gowns, some in bright colors with ombré details; multilayered lace dresses with a late Nineties color palette; silk pieces in acid colors, or “florescent azalea,” as Posen called it. The designer aims to take his core fabrics and body-con silhouettes, things he is known for, and push to redevelop them each season, “not copy and pasted but reimagined and explored in new ways,” he notes.

A growing piece of what he makes each season now lies in the casual side of the business, but on Posen’s watch it’s casual with a twist of femininity. Liberty prints come in shirtdresses, shorts and culottes. The same print finds its way into several pieces as piping and seeming details hidden inside the garments, just to add a sense of whimsy. Summer lightweight tweeds, elevated as jackets and a short with bra-top combo, give a pin-up vibe, but not too sexy. Cable-knit oversize sweaters with color-grading details look easy over Liberty print shorts. More newness comes in a few swim options, each with corset details inside and breathable mesh — not swimsuits, but what the designer calls “toe dippers.” His modern take on Gidget at the beach, perfect in a time when being too sexy beachside may not be every woman’s goal.

“In the past, I did pieces meant to live on a runway. Now I focus on a kind of clothing that has a purpose: It lives at retail,” he says.

A few seasons in, this style of presenting clothes is paying off for Posen. Ahead of the start of the New York Fashion Week juggernaut to come, he reports that because the collection was done so early, many of the major retailers have already been in to place their orders. The images also provide a new way to talk to his customer that he says a 10-minute runway show, even with video, doesn’t provide.

“With these images we have the ability to roll our message for the season out in a variety of ways, and do it so it still looks surprising six months later when the collection is on the retail floor,” he says. “The other thing that lends me to using the formula, from an archival standpoint, I have images that are stronger than a runway image, in say…a book someday.”