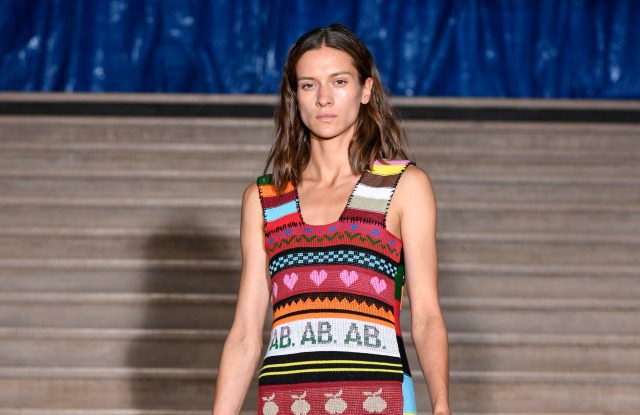 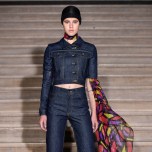 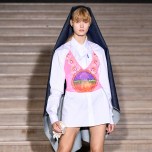 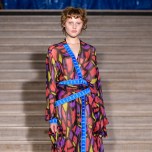 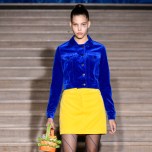 Belinskiy explored the concept of belief, whether religious or just as a way of giving meaning to life. He relied on the imagery of the Orthodox Church, in reference to his mother’s faith and his own trips to the local church in Kiev. Religious nods were given a pop-culture spin: tiny icons were printed on simple cotton T-shirts, while a rainbow-hued circular icon was depicted on a pink beaded crop top.

Models, both male and female, carried big sports bags. “When people retreat into religion, they pack up all their belongings and disappear,” explained the designer, who founded his brand in 2009. Film stills from “Adam and Eve” were printed on leggings, skirts and trousers. Some models wore seashell necklaces, other carried ceramic donation baskets.

The show was fast-paced and youthful, but the looks were a bit all over the place. An orange shiny jumpsuit was followed by a denim leotard worn with colorful leggings, then a Hawaiian shirt, finally a black deconstructed bustier dress. Despite this, the whole offering was energetic and exciting. The finalist for the LVMH Prize in 2015 was relieved to have staged a show rather than a presentation, as done previously. “Organizing a fashion show is a lot more fun,” he grinned.