Léa Dickely and Hung La sought to alienate the observer with their science fiction-inspired offering. 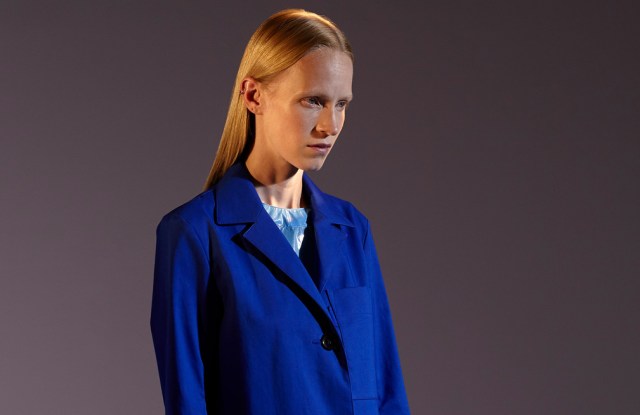 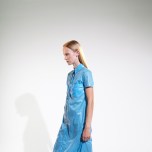 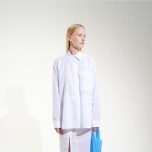 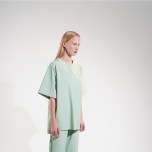 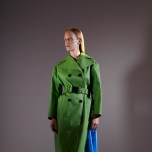 In their first official Paris presentation, Léa Dickely and Hung La of London-based Kwaidan Editions, who were finalists for this year’s LVMH prize, sought to alienate the observer with their science fiction-inspired offering inspired by Rainer Werner Fassbinder’s “World on a Wire.”

The setting, David Lynch’s Silencio, and the music, with Exotourisme by Dominique-Foerster and Perez performing live, accentuated the sense of estrangement, but perhaps less than the clothes themselves, described by La before the show as almost “sterile.”

Outsized poplin men’s shirts and T-shirts with tone-on-tone pencil skirts or straight pants were akin to hospital scrubs, while in orange they had the look of prison wear. Juxtaposed with stilettos, the jarring effect was tangible.