Knowles wanted to make a powerful statement for her debut show, mixing the brand's signature lingerie-inspired pieces with more sophisticated, commercially savvy ones. 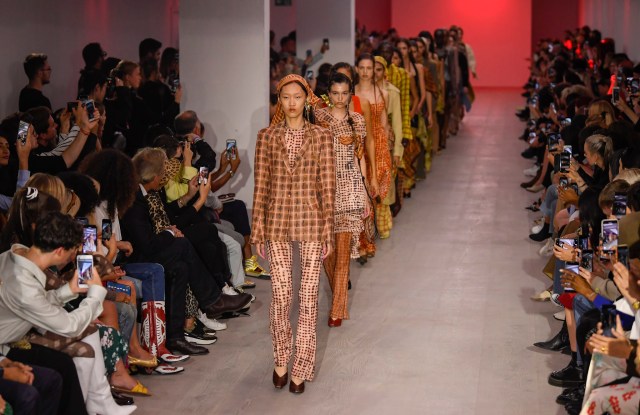 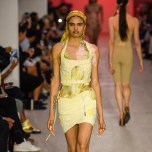 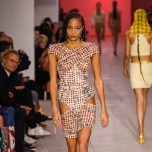 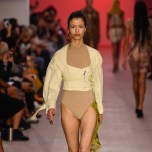 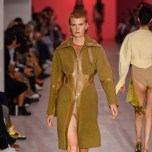 This was Charlotte Knowles’ first solo show, having just graduated from the Fashion East platform — and the designer was keen to make a statement.

In a dark, hazy room with red lights going on and off and music pumping, models sped up and down the catwalk in fierce looks and jewelry that could double as weaponry and long braids.

The idea was to create a tribal feeling and portray the women as warriors that have just come out of a battle, as winners.

“It’s this idea of the woman surviving and coming out strong. It’s a response to the current climate and Brexit because the fashion industry is in jeopardy at the moment so we wanted to take that energy and turn it into something powerful and positive,” the designer said backstage.

Knowles, who works alongside her partner Alexandre Arsenault, definitely channeled a sense of confidence and female strength in the collection, which melded the brand’s lingerie-inspired signatures, as in a sexy slipdress, bustiers and bodysuits that felt like second skin, with some more sophisticated pieces such as tailoring, sculptural outerwear or cool, printed trenchcoats. The latter made for the most promising, commercially savvy part of the collection.

The abstract, brightly hued prints in the lineup — made by rolling ink over handmade stencils — also strong, especially when layered together.