The mood was a good deal lighter than last season's presentation. Sort of. 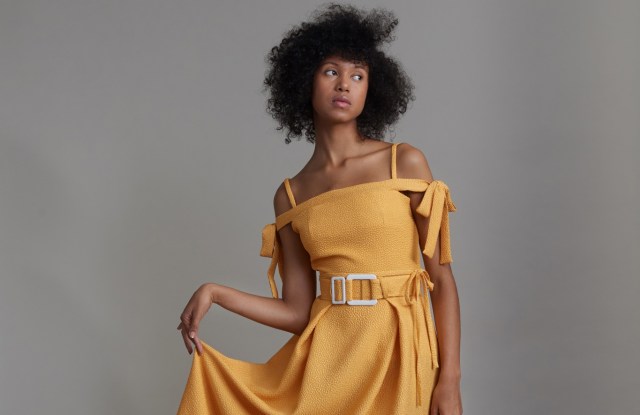 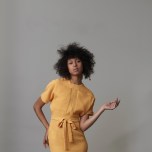 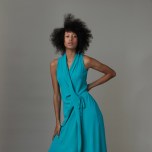 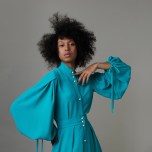 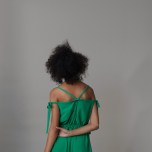 Edeline Lee has never wanted her fashion shows to be just about fashion. She regularly shows her collections framed within performances that teeter on the line between runway and theater.

For her spring 2020 presentation, she had award-winning actor/writer/producer Sharon Horgan as her muse, collaborating with her on a script that saw actresses engaging in a series of domestic vignettes in a 15-minute-long performance, repeated in a loop over two hours, as models walked up and down the runway.

“Sharon is intelligent, beautiful, powerful; I love dressing her,” Lee told WWD. “Her eye is very acute and she always hits home with her observations. There’s always a sense of humor and she is very much the kind of woman that I’m designing for.”

The mood was lighter than last season’s presentation, for which 34 black-clad women shared experiences or performed readings — but only slightly.

In one scene, an argument erupts at a dinner party; in another, a woman considers suicide. There is one actress poetically weeping silently and alone. But then a model would walk past and the actor’s attention would waft as she head-to-toed the look, before resuming her diatribe or lament. “That’s the thing about working with Sharon — although she’s talking about very serious subject matters, she always makes me laugh,” explained Lee.

Among the admirably tireless actresses was Tamzin Merchant, in a navy wrap dress, who is currently appearing in Amazon Prime’s “Carnival Row” opposite Cara Delevingne. “I play a human who is quite mean to Cara Delevigne, who plays a fairy,” she said. “Which is actually quite fun.”

As for the clothes, Lee’s signature bubbly jacquard was deployed in feminine — but never froufrou — dresses, such as a sunshine-yellow dress with a flirty midi hemline, while a heavyweight georgette had fluidity in a cobalt funnel-neck dress that reached to mid-calf and was nipped at the waist with a white-buckled belt.

A series of simply cut dresses allowed the rich texture of a turquoise and white three-dimensional raffia leaf-jacquard to be the star, and looked great in a long dress with elbow-length sleeves and a ruffled hem.