A gender reversed last supper at a business meeting and female empowerment with a cult following, Eftychia is the one to watch. 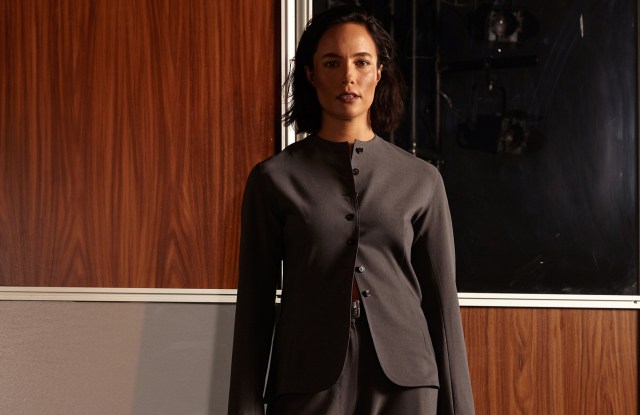 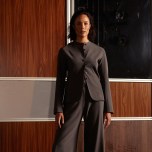 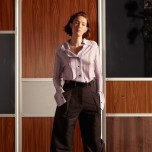 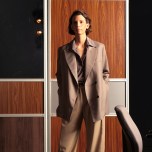 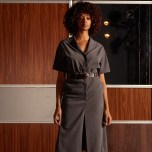 It’s only been a year-and-a-half since Greek designer Eftychia Karamolegkou launched her brand, yet she already has managed to impress well-known tastemakers. Phoebe Philo snatched multiple looks from the brand within days after the merchandise hit the store. Gaia Repossi also places personal orders with her. With her approval, Eftychia seems to be a new guiding star for the Philophile, the nickname for those who are loyal to Philo’s vision at Celine.

Karamolegkou said she pretty much got tailoring figured out by herself one project after another through her bachelor and master of arts courses at Central Saint Martins. Her collection for spring 2020 is her take on Leonardo da Vinci’s “The Last Supper.” Instead of 12 men and one woman, however, there were 12 women and one man at the presentation. “The guy is Judas,” said the designer.

As a businesswear brand, Eftychia offers fine tailoring pieces and outerwear as well as blouses and skirts for a woman in power at a reasonable price point compared to, say, The Row or Bottega Veneta. It’s refreshing to see a brand that actually makes well-designed and wearable clothing coming from London once in a while.