"I was just looking back to the designs that I liked the most over the past five years — even my failed M.A. work," said Goddard, who started — but never finished — her master's degree program at Central Saint Martins. 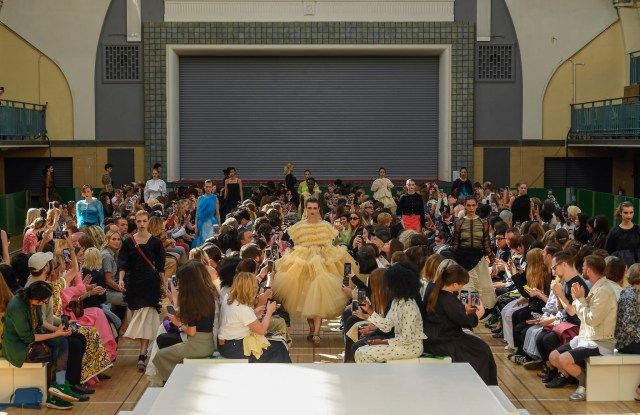 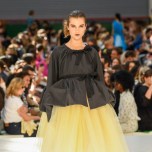 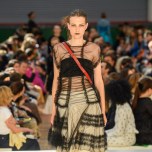 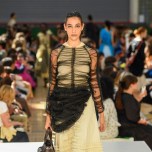 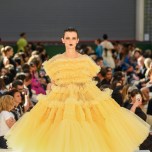 What a moment for Molly: Not only has her billowing pink tulle dress been blasted onto the world’s TV screens thanks to “Killing Eve,” her signature voluminous silhouettes — puckered, pleated, ruffled or breezy and sheer — have been copied by many a high-street store this season. Her designs will also be featured in a British Academy of Film and Television Arts exhibition starting Sept. 17 in London.

Goddard’s response to all this was to serve up a collection with more of the same — and move on, too, with slimmer tulle styles, a dash of denim, and rustling, crumpled taffeta skirts. She didn’t overthink it. “I was just looking back to the designs that I liked the most over the past five years — even my failed M.A. work,” said Goddard, who started — but never finished — her master’s degree program at Central Saint Martins, where she studied under the late famed professor Louise Wilson.

For spring, Goddard also wanted her big volumes to stand alone, without underpinnings, so this season she worked on creating self-sustaining volume in her dresses and skirts using “weird, big pin-tucky things, massive panels and big circles,” said the designer, describing the collection as “raw, straight, simple and more about individual looks,” rather than a single, overarching theme.

It worked, and nearly every piece in the collection had a big, rip-roaring life of its own. Goddard blew up volumes — like the lemonade yellow gown, electric blue prom dress and giant rustling pouf skirts — then reined them back in, slipping sheer lemon toned tulle over black skirts and dresses, or nipping the sleeves and waist of a short, saucy white dress with black ribbons.

Goddard worked her love of volume into a long dark denim dress with fabric flowers at the front, and a big swooshing hem that will most certainly be swept up by the high-street stores come next year.