Seung-Gun Park tightened and shrunk down his volumes and showed strength in tailoring. 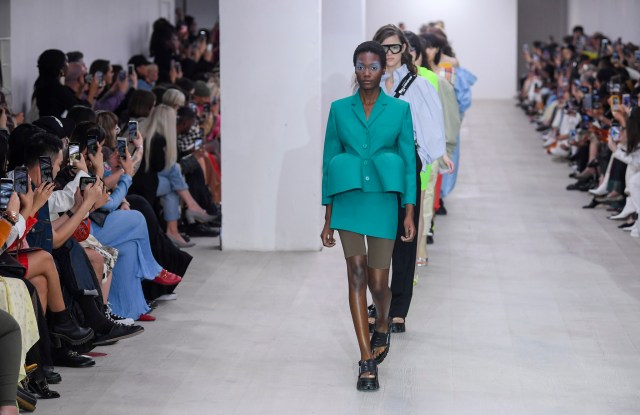 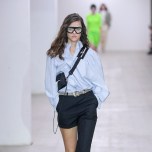 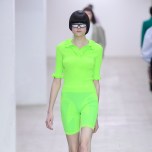 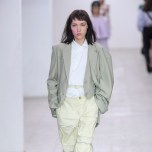 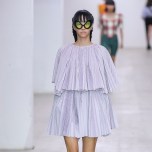 It’s Seung-Gun Park’s third season showing in London and it’s only natural he’s picked up elements from the city’s street style, which he injected into his spring collection. Cue casual sports-style staples like cycling shorts and T-shirts in loud neon greens.

Also in the vein of trying new things, Park shrunk his signature oversize shoulders and traded them for streamlined suits. While the designer showed off his trademark one-leg trousers, he interspersed these with a pair of beautifully pleated flowy pants, stonewashed denim and low-waist tapered styles with big front pockets.

He added new shapes in the form of peplum blazers that the designer said were inspired by 18th-century Rococo pannier skirts. Park mastered the tailoring and the collection would have stood strong, much like his silhouettes, had he left out the sportswear elements.