As more young brands go back to tailoring, Wright Le Chapelain might soon start a style evolution with the likes of Eftychia and Peter Do. 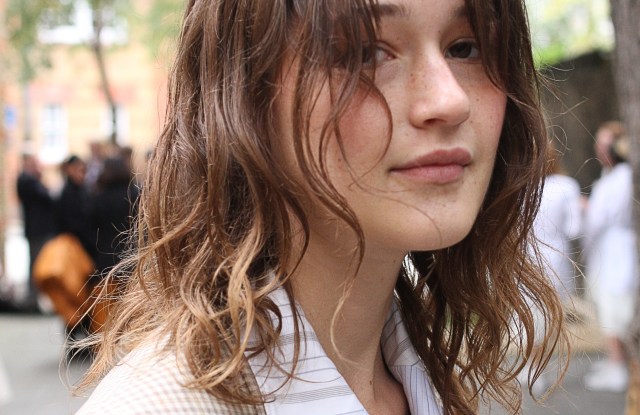 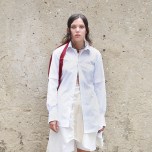 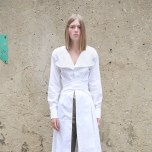 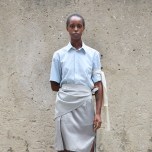 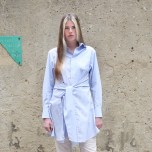 In a small alleyway not far from the newly opened Standard hotel near King’s Cross station, Wright Le Chapelain debuted its first on-calendar collection in a refreshing way. Models were doing community work, planting plants and cleaning garbage off the street, instead of standing still against the wall.

Imogen Wright and Vincent Le Chapelain, the duo behind of brand, said this was their way of participating in the circular economy. Showing in a public venue that engages with residents and commuters not only generates zero waste but gives back to society.

The collection worn by these “social workers” is all made in London in collaboration with local tailors and seamstresses. Their thoughtful play on men’s wardrobe classics included a men’s dress shirt reinterpreted as a bias-cut wrap dress, while a check jacket was deconstructed into a panel skirt.

The two met while studying MA Fashion at Central Saint Martins, and decided to launch a brand together in 2017. It’s still early days, but as more young brands go back to tailoring and aim to dress members of the business world, Wright Le Chapelain might soon start a style evolution with the likes of Eftychia and Peter Do.