The Japanese designer used organza to expose the different layers of clothing as well as the body underneath the fabrics. 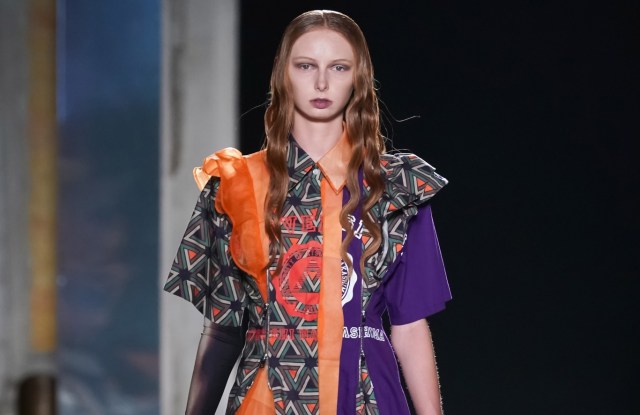 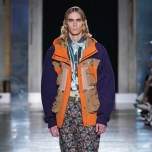 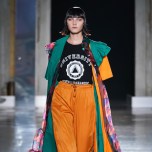 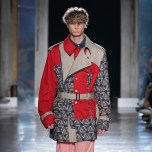 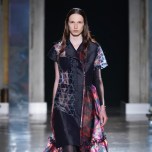 Tokyo-based designer Atsushi Nakashima, who has been showing his brand in Milan for the last eight seasons, played with sheer fabrics and patchworking for his spring collection, with was titled Clairvoyance.

“I’m interesting in clairvoyance as an extrasensory perception,” he said backstage. The idea was expressed by the wide use of sheer fabrics like organza, which showed the different layers of clothing as well as the body underneath the fabrics. Sometimes it was real body parts the models flashed — an exposed midriff under a sheer organza shirt on a women’s look, or even an entire tennis shoe coated in a plastic cover on both genders — sometimes it was merely an illusion. A male model sported a shirt that was part sheer organza and part printed cotton, the cotton inserts depicting a naked human body in the style of Italian painter Raphael. It had an eerie effect, the white body parts looking almost like bones on a skeleton costume for Halloween.

The rest of the collection was a hodgepodge of fabrics and textures, with a couple of silhouettes split right in the middle: A men’s suit was half checked on one side, half plain on the other. A women’s silhouette merged a Japanese kimono with a ruffled chambray dress. “Depending on the side you see it from, you see either an Eastern or a Western influence,” the designer said.

A few pops of color in an otherwise pretty dark collection came in the form of looks inspired by popular Japanese anime characters, such as bright orange silk trousers and T-shirts printed with cartoon drawings. “I wanted to show that a Japanese inspiration doesn’t just mean traditional kimonos, but can also encompass pop culture,” Nakashima said.