The collection was filled with easy shapes, including a long, apple green chiffon dress with a big ruffle at the bottom, a silky Forties style dress with a sporty zip front and lots of thigh-skimming numbers. 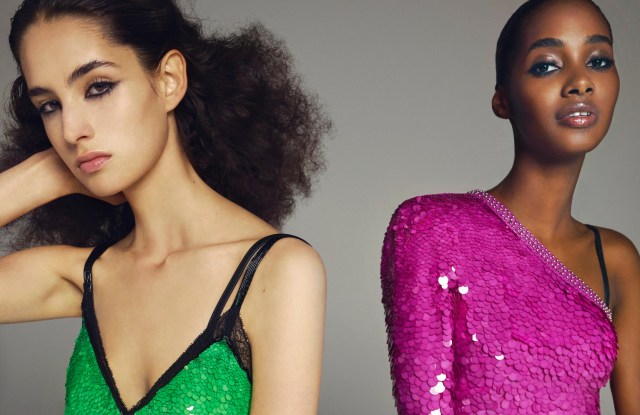 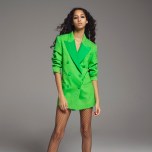 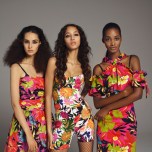 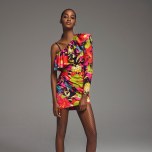 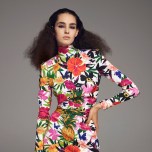 Peter Dundas designs around the desires of his clients, dressing them for day and night, working days and holidays. He serves them up with a regular rhythm, creating season-less collections and capsules throughout the year, and showing through a variety of formats, including his traveling pop-up concept.

Dundas described this latest collection as a follow-on from his runway show during the couture last July in Paris — the one where he beamed out behind-the-scenes footage of models arriving and prepping, followed by a live feed of the designer sending models out onto the catwalk.

This collection was filled with easy shapes, including a long, apple green chiffon dress with a big ruffle at the bottom, a silky Forties style in bright blue with a sporty zip-front and lots of thigh-skimming cocktail numbers with statement ruffles, open backs, cold shoulders or sequin tie belts. They came printed, in a scuba-like fabric, or adorned with swirls of bright color and tiny beads shaped into the brand’s fetish panther spots.

A bright palm and hibiscus pattern, done as a print or shiny gold jacquard, gave other dresses a tropical vibe. “There’s lots of juicy color in this collection; my girls love color,” said the designer, who also worked with blueberry and dark violet animal prints, and a golden tapestry-like fil coupé fabric.

Dundas has even more styles in the pipeline: He’s readying a capsule collection with the L.A. streetwear brand RtA, which will be unveiled in Paris later this month. The theme is “24 hours of the hoodie,” and Dundas plans to glam up sweatshirts with rhinestones and statement patches. Men’s wear is slated to launch at the end of the year, the designer said.