The presentation was divided into three moments of the day: luxury active, referencing the brand's origins in sport; resort-ready daywear, and eveningwear. 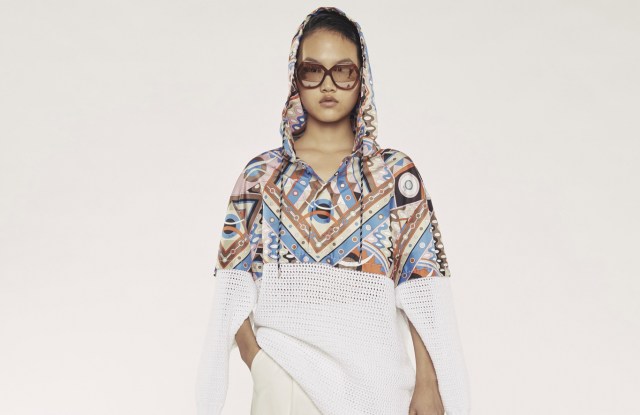 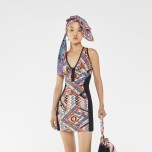 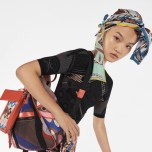 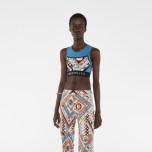 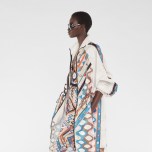 Could the future of Emilio Pucci be a jog bra? As silly as it sounds, it was one of the most exciting pieces in the spring presentation of the LVMH Moët Hennessy Louis Vuitton-owned, team-designed brand, which remains without a creative director.

The presentation was divided into three moments of the day: luxury active, referencing the brand’s origins in sport; resort-ready daywear, and eveningwear.

Tapping into the massive wellness lifestyle trend would seem a no-brainer for Pucci, whose Florentine namesake’s first designs were for the Reed College ski team in Oregon. (Hey, the Winter Olympics are coming to Milan in 2026!) And indeed, in addition to that jog bra, there were a few other performance pieces in the mix, including leggings in a kaleidoscopic print with mesh inserts, Windbreakers, and color-blocked sneakers, that suggested a future for Pucci in SoulCycle and yoga studios, not to mention myriad other places women wear athleticwear as their daily uniform.

The daywear group was less cohesive, featuring dresses made from laser-cut silk print fringe for shimmying up to the pool bar, alongside a hodgepodge of sportswear pieces, such as a print linen playsuit or utility field jacket with print cotton sleeves, and a silk caftan and shirtdress in the new “Ciwara” print blown up or shrunken down.

For evening, the team leaned into scarf dressing, literally, in some cases, as on a twisted silk print bandeau over a white cotton skirt that seemed a bit of an afterthought. More successful were sequin embroidery turbans (fun!) and a scarf-looking halter gown with sequin embroidery in the famous Pucci swirls that was quite the showpiece.

Still, as mightily as the ensemble has tried, this is a  brand in need of a next act.