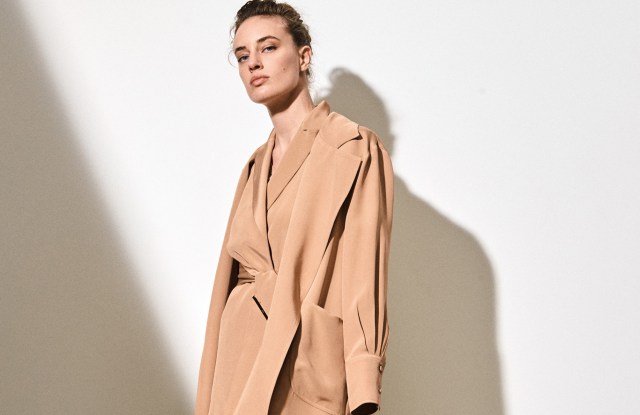 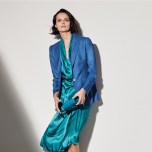 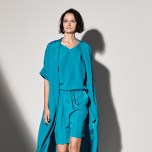 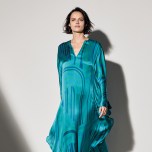 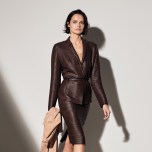 Kiton’s collection for spring juxtaposed color-block looks with more graphic 3-D patterns that had a whiff of the Sixties and beat culture. The latter were offered on easy, long satin dresses and skirts.

This being Kiton, the brand’s core tailored suits could not be left out. This season, their pure cuts were inspired by the film “La Strega Bruciata Viva [The Witch Burned Alive]” by Luchino Visconti, starring Silvana Mangano. A white and red herringbone suit was exquisitely crafted and shown alongside a double-breasted cashmere coat in white and blue. A marine mood marked other looks, embellished with prints with waves and tiny fish.

Capri colors ran throughout the collection — a reference to Kiton’s Neapolitan roots — as in a sea-blue trench.

Gold and silver threads woven on white and blue jacquards added another luxury touch to the lineup.