With her collection, called "Forever," Lavinia Biagiotti is aiming for freedom as well as timeless and ageless fashion. 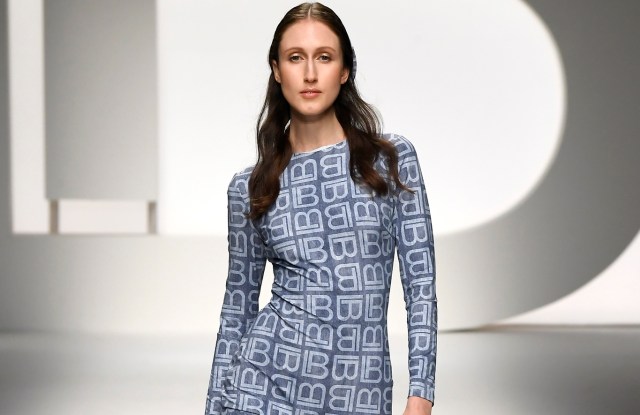 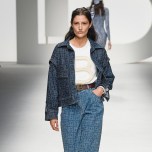 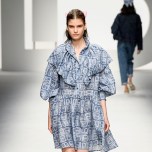 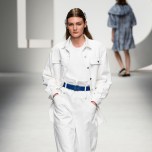 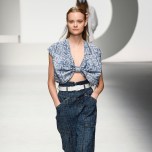 Lavinia Biagiotti called her latest collection “Forever,” just as she did the brand’s new fragrance. “Fashion is a job that deals with time — today is already tomorrow, and I wanted clothes that would have meaning on a daily basis,” said the designer, who is following in her late mother Laura’s footsteps and carrying on her family’s business. Fashion for Biagiotti should be “timeless, ageless, without limits and constrictions. What better silhouette to express this freedom than that of a doll dress? Our greatest luxury is not to run after time and to be free — this is also a way to respect oneself and the others.”

The happy-go-lucky feel was expressed through the clothes and the music at the Piccolo Teatro, the storied Biagiotti show venue, as the first look was paraded to the refrain of Eighties’ hit “La Dolce Vita” by Ryan Paris. The baby-doll dress was clearly a key design throughout the collection, whether showing a floral pattern or in strong color-block variations, such as in bright orange or red. There was a lightness and freshness to the floral dresses in chiffon. Biagiotti embraced other feminine details such as a big bow that stood out on a sleeveless top and puff sleeves that added oomph to a simple white blouse. The floral pattern was also tweaked with an intriguing blurred effect.

Biagiotti toned down the sugary element with delicate striped patterns on pajama suits, high-waist pants, or slightly oversize linen jackets. There was also a cute range of shirtdresses.

Denim was also strongly featured, ranging from a white model in Biagiotti’s staple color to tie-dye variations. The tie-dye treatment was also given to Sangallo dresses, which looked young and new.