Caroline and Stephanie Grimaldi and their jet-set lifestyle inspired this collection, focused on glamorous Eighties proportions. 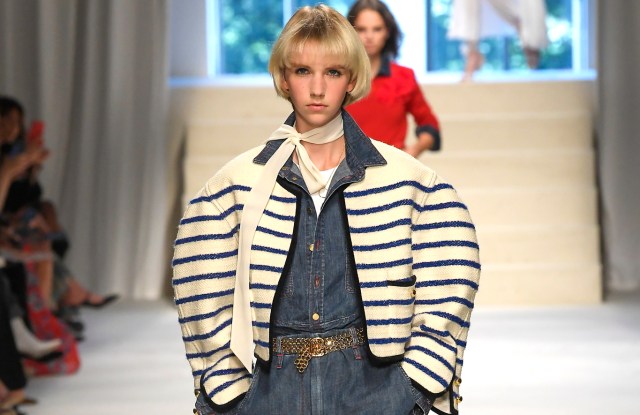 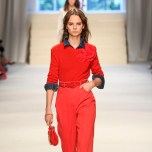 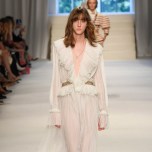 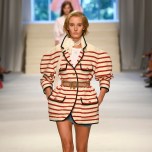 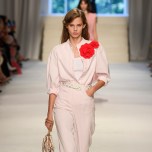 These two icons, very different in their style and attitude, were the muses who inspired Lorenzo Serafini’s spring collection. Their looks and their images — Caroline more feminine and polished, Stephanie more tomboy and audacious — were reflected in the duality that Serafini injected into the lineup.

Bold volumes stole the spotlight. Big shoulders gave an Eighties vibe to denim and striped bouclé jackets cinched at the waist with jeweled belts. In keeping with the glamorous vibe, denim was also used to create tweed ruffled corsets layered over white T-shirts, while prom-inspired dresses with puffy details came in florals, as well as solids, such as vibrant red.

The mood got more grown-up when Serafini played with tailoring, sending out a white tuxedo with a big jacket with boxy, strong shoulders and another more fluid style fully embroidered with iridescent sequins. The young and innocent attitude of frilled mini frocks contrasted with the more nocturnal, sharp look of black leather outfits, punctuated by crystals, which were inspired by a picture of Caroline shot by Helmut Newton.

The collection, which also unveiled a collaboration between Philosophy and eyewear company Lozza, showed once again Serafini’s passion for Eighties fashion, which is very on trend right now.