For his spring outing, Tahari took a softer take on New York City in the Seventies. 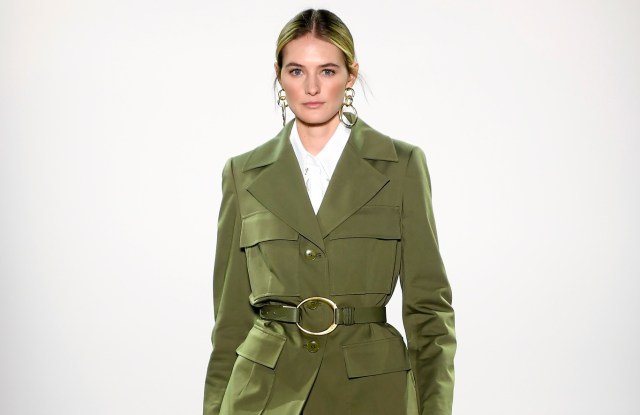 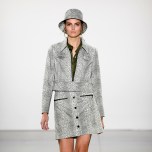 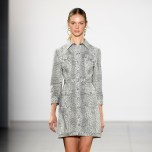 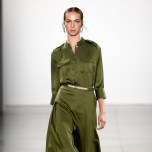 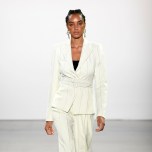 The Seventies and his early days in New York City are themes Elie Tahari has mined often, but for spring 2020 he took a looser approach, channeling a softer side of the decade of disco. “New York was vibrant when I first arrived to the city and I was in total awe of it,” Tahari said backstage before the show.

As Katie Holmes and Chanel Iman looked on, an opening look of an olive-green short paired with a loose-fitting safari jacket with cargo details set his mood for the season. A host of neutral-toned pieces came down the runway and his proportions were either short or long, like mini shirts and more short suits, or flowing maxi dresses. Polka dots and leopard prints added a cheeky wink, and were even found on bucket hats, a topper he paired with several looks.

Tahari has sustained the wardrobes of working women for over three decades, and while a few looks didn’t fit this season’s easy wardrobe proposition — like a pair of bright red loose overalls — the collection generally gives her some newness, like a mix of loose suiting options, some oversized knits and a remixed take on a trench coat done with a leopard trim. All classics, but with subtle Tahari tweaks.