The collection was deeply emotional and personal, tied to Catherine Holstein's visit of her grandparents' home. 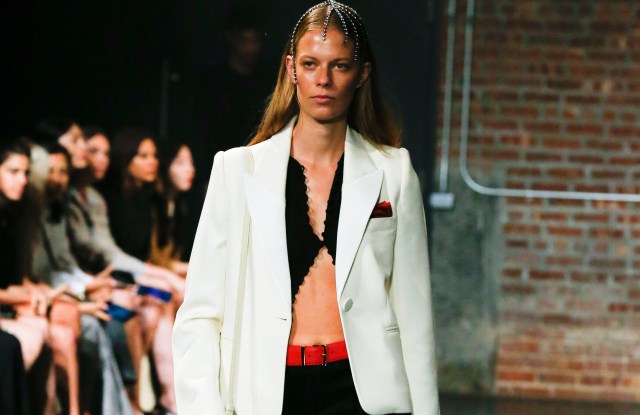 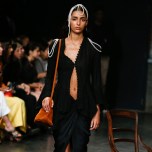 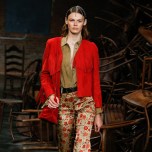 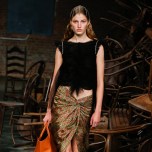 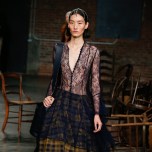 Few young brands in New York can claim as refined a taste as Khaite. In just a few short years, creative director Catherine Holstein has established an aesthetically pleasing blend of minimalist sportswear with a modernist edge that manages to feel both aspirational and attainable.

Holstein, who grew up in London, has long mined the American Southwest while exploring her past; this season, she imbued her clothes with more emotion, drawn from a visit to her grandparents’ home in Woodstock, Vt., which hadn’t changed since the late Sixties.

“As soon as I walked in I found it overwhelmingly emotional,” Holstein said backstage after the show. “To see something you haven’t seen in 25 years, but it’s been there and it’s exactly the same.”

The show and clothes reflected as much deep emotion. Whereas past collections have established a code of reality through strong tailoring, denim and knitwear, spring brought forth an element of fantasy. Case in point: The set for her second-ever runway was a mountainous pile of antique wooden chairs. “I really wanted people to feel like, ‘What happened here?’ when they stumbled upon it,” she added. “This one was more melancholic and reflective. It was a revisit of my childhood, a revisit of my life.”

The clothes, on the other hand, were brought into playful territory. The introduction of prints, for instance, was a natural evolution; taken from wallpaper patterns, they were cut into fluid tops with drapey sashes, silky pants and shirting. Building on themes of elegant yet subversive dressing, she reinvigorated statement dresses with plaid-and-tulle fabric play and buoyant, dramatically structured sleeves.

Tying it all back to memory, a collaboration with Swarovski resulted in crystal-trimmed accents on sleeve caps, tulle dresses and tops, which felt akin to playing dress-up with your mother’s jewelry box. “You wouldn’t necessarily expect it from me,” she concluded. “To not be afraid to explore something.”